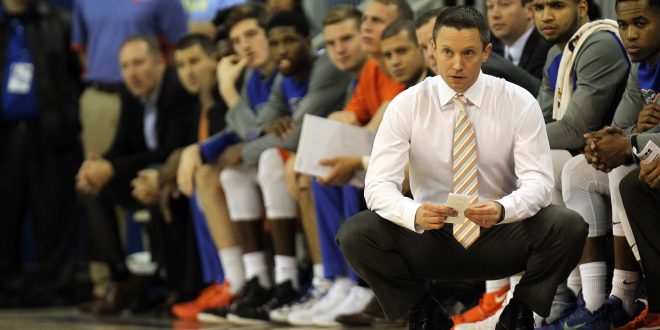 Florida men’s basketball commit Gorjok Gak has officially been cleared for fall enrollment at the University of Florida, but has been ruled ineligible for competition by the NCAA for the 2016-2017 season.

The 6-foot-11, 205-pound Australia native will be allowed to practice with the team and take part in basketball-related activities with the team. If Gak meets the progress marks that the NCAA has set, he will be cleared to play as a sophomore, with three seasons of eligibility left.

As a senior in high school, Gak averaged 13.8 points and 9.3 rebounds at Victory Rock Prep in Bradenton, Fla.

Gak was rated a four-star recruit by Scout.com’s basketball recruiting services. Although he won’t be able to play, the freshman with an 88-inch wingspan should benefit greatly from being able to practice with the team and by being able to get in the weight room.

Gak signed with the Gators on April 24th after being granted a release from the letter-of-intent that he signed with Oklahoma State. Gak asked out of the commitment following former head coach Travis Ford being fired by Oklahoma State.