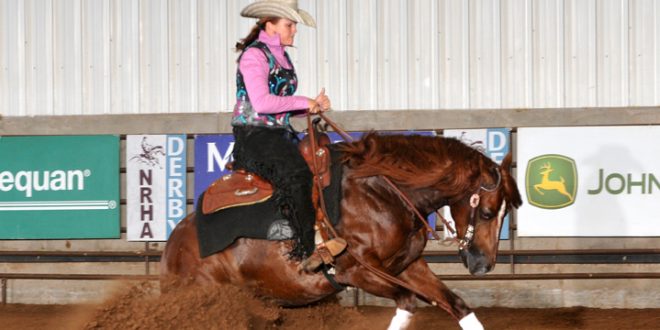 An Ocala woman will take part in the first ever Pan American Cup in San Paulo Brazil this upcoming weekend.

Shannon Rafacz has made her way south to Brazil and will represent team USA as the Non-professional rider for the National Reining Horse Association (NRHA) in the Cup.

Rafacz is one of three who were chosen to compete in Brazil for team USA. Rafacz has been competitively riding since she was a young girl and is an immensely decorated athlete; holding many world and reserve world championships in the sport.

Nonetheless, the journey south will be her first time competing internationally.

In Brazil, she will be joined by two of NRHAs top professionals Jason Vanlandingham and Casey Deary, who also have many accomplishments in reining.

Reining is a western riding competition for horses where the riders guide the horses through a precise pattern of circles, spins, and stops. Riders ordinarily compete on their own horses, which they practice on regularly and know like the back of their hand before stepping foot in the show ring.

However, Rafacz says things will be a little different in Brazil. Instead of competing on their own horses or horses the riders know very well, she says in San Paulo they will take the National Collegiate Equestrian Association (NCEA) format and will randomly draw for the horse they will show.

After the draw party, riders will have until Saturday to ride, train and get to know their new partner.

Rafacz says “while competing on an unknown horse is the ultimate thrill, a catch ride is still a catch ride, you are always wondering what could go wrong at the same time.”

Despite the fact she might be a little nervous about the unknowns of the horse she could potentially draw, Rafacz says she is excited and grateful for the experience to compete overseas, something she might have never been able to do without this opportunity.

Riders will compete on August 13 to see who will be named the first ever Pan American Cup Champion.