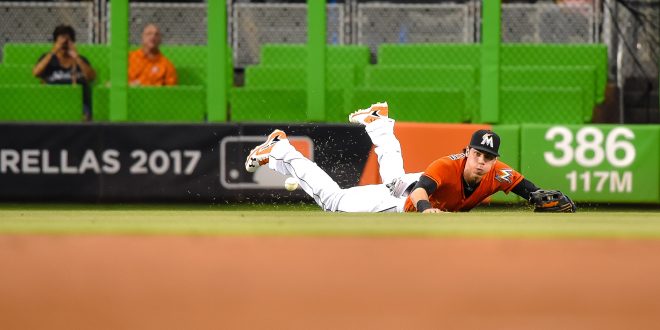 The Miami Marlins wildcard hopes continue to fade as they fell to the Mets Wednesday night, 5-2, for their fifth straight loss and their seventh in nine games. They are now 3.5 games out of the wildcard race.

For now, the Marlins are just happy to be finished with the month of August, when they went 10-18 for their worst month of the season.

“We weren’t very good this month,” said Marlins manager Don Mattingly. “You turn that page, and you’ve got to keep going. This thing doesn’t feel very good right now. But we also know in three, four, five days from now — it could be a whole different story and things can change really quickly.”

It was also a month that took a toll in the form of injuries, adding two more in just the last few days.

David Phelps, who was supposed to start Wednesday night, was scratched after sustaining an oblique injury during batting practice Tuesday. Jake Esch was recalled as a result and performed well in his MLB debut, giving up only a two run homer in 4 1/3 innings.

.@Marlins' Jake Esch on MLB debut: 'There's nothing like being thrown in the fire' #MLB pic.twitter.com/4KDE1bdRs0

Outfielder Marcell Ozuna was also injured during Wednesday night’s game while making a diving catch. After x-rays came back negative the injury is believed to be a sprain to his left wrist, which Ozuna believes should only keep him out of the line-up for a few games.

With only a month left in the regular season, the Marlins are certainly hoping to get healthy and start moving in the right direction, or October will mean the end of their season as well.

Jose Urena (2-5, 5.83 ERA) will start on the mound for the Marlins tonight, aiming to lift his team over the Mets for the fourth and final game of the series, and avoid getting swept. Urena is 4-6 since being moved to the Marlins rotation in mid-July.

Fourth year Journalism major at the University of Florida, focusing in Sports Journalism. Writer for WRUF and WUFT.
@@KimbleUF
Previous Preview: South Carolina vs. Vanderbilt
Next MLB Hunt for October