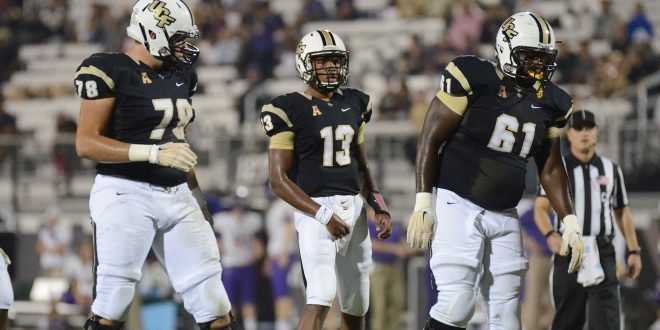 The University of Central Florida’s Football team put an end to their long and ugly 639-Day losing streak on Saturday, after defeating South Carolina State, 38-0.

It was the debut of new head coach Scott Frost and his game plan did not disappoint Knight fans. Senior running back Dontravious Wilson hit the ground running—making him the first back to score a touchdown in the Scott Frost Era. It looks as if UCF can rely on their run game to keep the ball moving, but these Knights are about to go up against an atmosphere and competition they have never seen before.

The Knights travel to the “Big House” on Saturday to match up against the Michigan Wolverines for the first time in history. The Wolverines held more than 110,000 people in the stands last week for their opener and it doesn’t look like those number will decreasing anytime soon. Michigan is holding the seventh and eighth spot in the rankings, depending on which poll you’re looking at, which makes them the first ranked opponent UCF has faced since 2014.

The Knights are about to face a Big opponent, with a Big ranking, in the Big House. Scott Frost is excited about the upcoming trip and think this could be a big moment for his players.

UCF now has about four days to get prepared. Kick off is scheduled for noon on Saturday so let’s see what kind of on-field armor the Knights have in store for Ann Arbor.

A senior at the University of Florida reporting on Gator sports, local Gainesville and surrounding area sports, and telling the stories of local athletes. Born and raised in Gainesville, Florida with a passion for telling people's stories and having fun doing it.
@SportsDarwinism
Previous Florida Football Ready for Wildcats
Next Second Overall Pick Carson Wentz to Start for Eagles 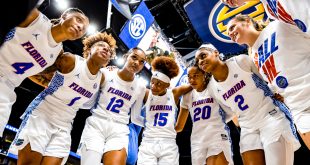 Gators to Take On UCF in First Round of NCAA Tournament