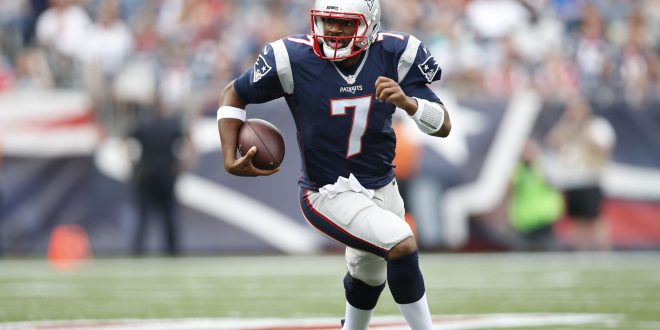 Week 3 of the NFL will kickoff Thursday when the Houston Texans (2-0) go on the road to play the New England Patriots (2-0). Both teams look to remain undefeated. The Patriots are on top of the Week 3 Power Rankings while the Texans improved to sixth.

The Patriots have won their first two games against respectable teams without Tom Brady. The Patriots defeated the Arizona Cardinals (1-1) 23-21 in their season opener an then in Week 2 they got an early division win against the Miami Dolphins (0-2) 31-24.

The #Patriots record on #TNF, series history & tale of the tape: https://t.co/W4oOj8Ga9X pic.twitter.com/DrVHEx7XKG

The Texans come into Week 3 improving from seventh to sixth in this week’s Power Rankings. The Texans success is fueled by their defense and consistent play at wide out. Rookie receiver Will Fuller is fourth in receiving yards entering Thursday’s game. The Texans will be entering Week 3 with the third best defense in yards allowed, led by J.J Watt.

Watt: "You just go out there and prepare as well as you can for their team. No matter who it is, we have to go out and play our game."

The last time the Houston Texans won against the New England Patriots was at home, the last game of the 2009 regular season—in which Brady did not play. The Patriots are (3-0) at home against the Texans since Houston entered the NFL in 2002. The Patriots may not just be without Brady, but back-up quarterback Jimmy Garoppolo is still questionable for Thursday’s game. Rookie quarterback and former Gator Jacoby Brissett would be making his first NFL start if Garoppolo is ruled out.

The Patriots may be experiencing quite a few injuries, but Houston still knows hat if they want to leave Thursday’s game as winners, they must come prepared to play. Houston’s quarterback, Brock Osweiler says the Texans are ready to take on New England and that it should be an exciting game.