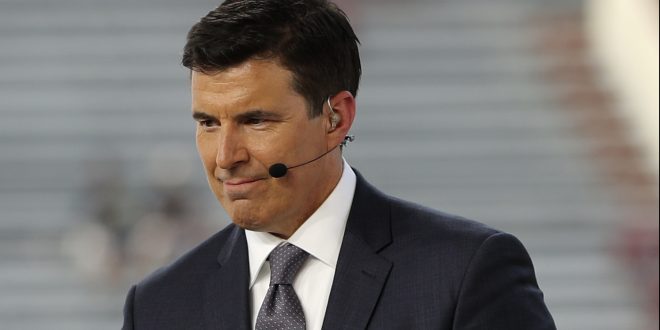 On Wednesday, ESPN journalist Rece Davis joined Sportscene with Steve Russell to talk about the Tennessee Volunteers, preparing for College GameDay, the Florida Gators, the SEC as a whole, and the College Football Playoff.

When talking about Tennessee, Davis expressed concern over the shaky 3-0 start for the Volunteers. The team has already fumbled the ball 11 times, which is second most in the nation. Fortunately for them, they’ve only lost possession on one of those fumbles. Their offensive line has also been sub-par, which spells trouble against a defense like the one Florida has portrayed so far this season. Tennessee is capable of playing better, as indicated by the game they played against Virginia Tech from the second quarter onward. But if the Volunteers want to reach that next level, defeating Florida is imperative for them.

Davis on Preparing for College GameDay

According to Davis, the preparations for the show never let up.  To prepare for this upcoming GameDay, he talked to the producers and swapped email ideas on Monday, on top of doing his own research. He also spent a lot of time on the phone with analysts such as Kirk Herbstreit and Desmond Howard. He says there needs to be flexibility because there are multiple significant games. For instance, if Georgia Tech upsets Clemson, that will be talked about a lot.

When asked if he is surprised by how well Florida has played up to this point, Rece said he is not. He says people get too carried away by who is on a team’s schedule. When a program is being established, it needs to take care of business when it’s supposed to and Florida has been very good at that.

Davis on the SEC

With Alabama being the obvious number one team in the SEC, Davis thinks the second best team is either Texas A&M or Arkansas. Ole Miss and Florida are right there and Tennessee has the personnel as well according to Davis. The team has terrific receivers and Josh Dobbs is a great leader for the offense. They have the pieces, but as mentioned before, the offensive line is concerning.

Louisville has come out of nowhere to emerge as playoff favorite, which was something that Davis did not see coming. He expected Lamar Jackson to go off on Florida State, but did not expect Louisville to beat Florida State so convincingly. When talking about Stanford, he described the team as the standard-bearer of the Pac-12. He wants to see how new quarterback Ryan Burns does against a really good team. He has the Cardinal winning the Pac-12, but there are still significant challenges for them ahead.

Previous The Gator Soccer Team Will Face Auburn in SEC Showdown
Next TNF Preview: Patriots and Texans in AFC Showdown