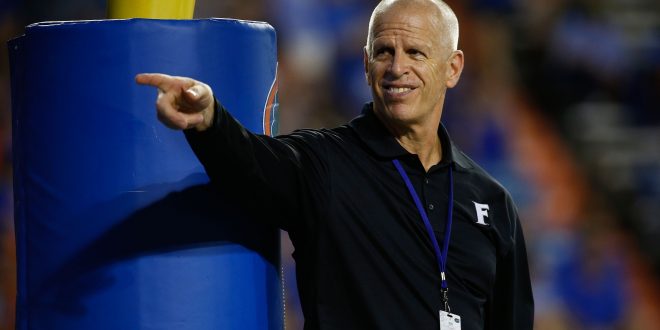 The plan to pay for the new upgrades will be through fundraising, borrowing and crowdfunding according to Foley. A commission was created about a year ago featuring a master case study to review plans for the renovations, Foley said.

Starting off with the new football facility, Foley plans to add a new, stand-alone, multi-story facility where the current track and field throwing pit are off of SW 2nd Ave. Within the new building and among the renovations will be new locker rooms, training rooms, weight rooms and a dining hall for student-athletes. Foley says that the new dining hall will be vital for recruiting.

Moving to baseball and softball, Foley said the two teams had stellar facilities over the years, but with a bigger fan base and more success, the two teams needed upgrades to their stadiums the most. The proposed baseball renovations will add additional seating behind home plate, around 400 extra club seats close to the top of the bleachers, and some additional shade, although Foley has said numerous times that only so much shade can be added. The softball renovations will feature expanded seating, new bathrooms and concession stands, increased shade elements and expand capacity from around 1,200 fans to around 2,500 fans. Renderings of the new plans were release on the UAA website.

Foley mentioned that he did not pick favorites in the new renovations, but that he is committed to improving all 21 sports as a whole, with commitment to each sport showcased. When asked about the new athletic director search, Foley discussed how important it is to find the right fit in an AD and the correct person for the school’s long and storied culture.

To see renderings of the planned facilities, click here.