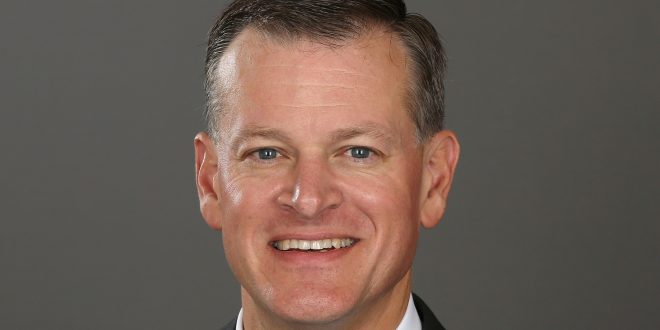 On Tuesday afternoon at the Otis Hawkins Center in Gainesville, Mississippi State’s Scott Stricklin was introduced as the next athletic director for the University of Florida.

Stricklin, the 14th athletic director in school history, is set to replace Jeremy Foley, who has been the AD for the Gators since 1992.  Stricklin had been the athletic director at Mississippi State University before coming to UF.

Foley’s run as athletic director was supposed to end October 1, but he is extending his stay and retiring on November 1 instead to allow Stricklin more time to get settled into his new position.

Stricklin, wearing an orange and blue tie, said he think this position is the best job in college athletics.

#Gators new AD Scott Stricklin says there was only a few universities he was willing to leave his alma mater (Mississippi State) for.. pic.twitter.com/cZRqc3vxIM

In 1998, he took over the top media relations position at Tulane and coordinated media for the (12-0) Green Wave football team that year. A four-year stint at Baylor (1999-2003) as Assistant AD for Communications and Marketing followed, before Stricklin returned to the Southeastern Conference as the Associate AD for Media Relations at Kentucky.

Stricklin returned to Mississippi State in 2008 as the Senior Associate Athletics Director for External Affairs, overseeing fundraising efforts among many responsibilities, before becoming AD in 2010.

In 2016, Stricklin was named Under Armour Athletics Director of the Year.

Similarities between Stricklin and Foley start with the fact that both were involved in sports as a college student, and received jobs with their respective schools post-grad.

Both men focus on the lower-revenue sports as well; In the 2014-15 season, 11 of Stricklin’s Bulldog teams reached the NCAA postseason and eight ranked in the top 25.

Florida fans know of Foley’s recent athletic success and domination in a variety of sports with softball (2014 and 2015 ), gymnastics (2013, 2014, and 2015 ), track and field (2010-2013, 2016) recently winning national championships. The Gators have won 27 national titles and have captured at least one national title during each of the past seven years.

Stricklin knows very well he’s filling some big shoes. On Tuesday, he said that Jeremy Foley was “arguably, and it may not be much of an argument, is the best athletic director in the history of the SEC.”

It's official – we have a new Athletic Director. Give a big Gator welcome to Scott Stricklin! #GoGators pic.twitter.com/z9joUcuvY5

Under Stricklin, Mississippi State made more than $140 million in facilities upgrades recently, including $25 million toward a football facility and $75 million in upgrades to Davis Wade Stadium. This should bode well for Florida’s new AD, as Foley didn’t leave before presenting plans to the University Athletic Association (UAA) board for $100 million in new facilities, specifically to the baseball, softball and football facilities.