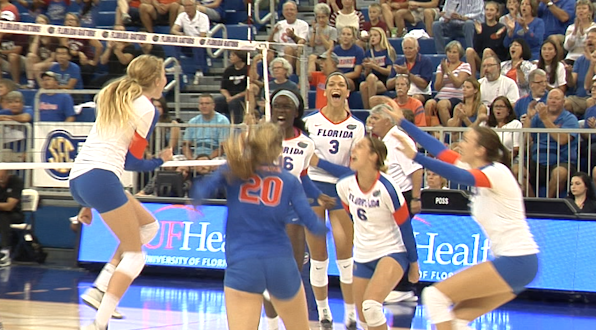 After Wednesday’s devastating loss to the Kentucky Wildcats, the fifth ranked Florida volleyball team bounced back to defeat the Tennessee Volunteers 3-1 (25-21, 19-25, 25-22, 25-20) Sunday in Gainesville.

Freshman Rachael Kramer had a big day. Kramer went for a career high 13 kills against the Volunteers. She tied for second in kills for the Gators Sunday afternoon, alongside Carli Snyder. Alex Holston had the most kills for Florida (15). Rhamat Alhassan left the court with 12 kills of her own, just one away from Snyder and Kramer.

Back in the wins column, just the way we like it! Thanks for a rowdy atmosphere in the LemDome this afternoon, #GatorNation! #GoGators pic.twitter.com/wGCDuvdMZR

Snyder, with two aces in the match, led the team in points (18). Libero Caroline Knop accounted for 15 of Florida’s 57 digs. Knop also added on an ace for the Gators.

To top it all off, Allie Monserez put up a career high of her own; 57 assists. Monserez leads the nation in assists.

The Gators will finally have a full week of practice without any interruptions before their next match. Even though the 13-2 Gators are looking forward to this much needed break for practice, head coach Mary Wise says her team did pretty well the first few weeks even without a lot of time for practice.

Up next, Florida heads up to South Carolina to face off against the Gamecocks on Sunday.

Previous NFL Preview: Buccaneers Look to Get Back on Track Against Broncos
Next Vin Scully Sends Final Goodbye Across Airwaves 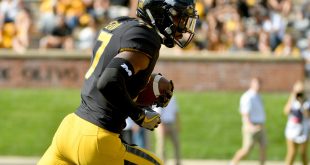