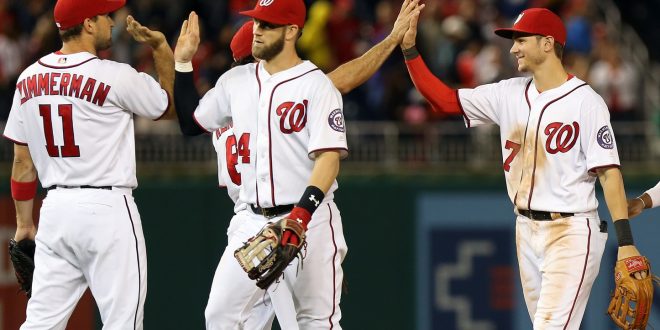 The National League Division Series has no shortage of highly anticipated matchups, especially on the pitching side.

It’s the team that always wins in October versus the one that flames out. The Chicago Cubs have coasted through the regular season to baseball’s best record (103-58). But October baseball tends to play out a little differently than the regular season. Chicago, title-less since 1908, must live up to the immense weight placed on its shoulders to end the curse. At the very least, they have the pieces to do it. Starting pitchers Jon Lester, Kyle Hendricks, Jake Arrieta, John Lackey and Jason Hammel finished a historic season.

That’s more than half a run better than the Nationals’ 3.60 team ERA.

If that’s not enough to handle for a Giants team that is 3-4 against Chicago this season, San Francisco must contend with a stacked lineup. All Cubs infielders are 2016 All-Stars and second-year player Kris Bryant is the favorite for the NL MVP. As a whole, they led the NL with a .343 team on-base percentage.

If you’re a believer in superstition, however, how can you bet against the Giants? It’s an even year (SF won in 2010, 2012 and 2014) and they own perhaps the most clutch post season pitcher of the last five years in Madison Bumgarner.

Bumgarner is scheduled to take the hill for Game 3 in San Francisco. The current known match-ups are:

Unlike the Cubs who have consistent starting pitching, the Dodgers have had to patch together their rotation thanks to a record amount of injuries. The team has used a whopping 14 different starting pitchers this year. Among them is MLB’s best starting pitcher Clayton Kershaw. The lefty succumbed to a back injury this year but still posted a sparkling 1.69 ERA with an unheard of 177 Ks to 11 walks in 149 innings. Kershaw, who takes the mound for game 1, has had mixed success in the postseason. In 64.2 IP, he owns a 4.59 ERA, an outlier from his career 2.37 ERA.

At the plate, Los Angeles will rely on rookie SS Corey Seager to power the team. The NL ROY favorite finished with 26 HR and a strong .308/.365/.512 slash line.

The Nationals rely on ace Max Scherzer to counter Kershaw in game one. Scherzer, a Cy Young candidate, led the NL in strikeouts (284), innings pitched (228.1), wins (20) and WHIP (0.97). He owns a 3.73 ERA in 62.2 postseason innings. Nats manager Dusty Baker is mum on who’s pitching beyond the first game. Tanner Roark and Gio Gonzalez are expected to make starts. Stephen Strasburg, the team’s second-best starter that suffered a flexor strain on his pitching arm, is not on the roster for the NLDS but has not been ruled out if the team advances.

If Washington wants to beat the Dodgers, they’ll rely not only on reigning MVP Bryce Harper, but rookie sensation Trea Turner. Harper, while still turning in a productive season, has battled lingering shoulder injuries this season. While still owning a strong .373 OBP, his average sits at .243 which is a far cry from his .330 mark from 2015. Turner, on the other hand, has become a spark plug atop the lineup. He’s lit opposing pitchers up in only 73 games this season.