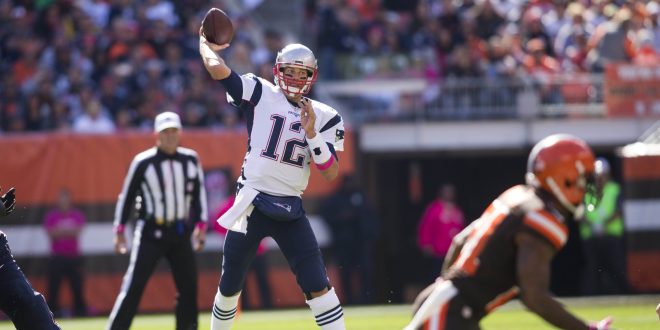 Week 6 of the NFL regular season is upon us and there are plenty of divisional games to go around. The Minnesota Vikings will remain undefeated in their bye week, but many teams will be defending their one-loss status. 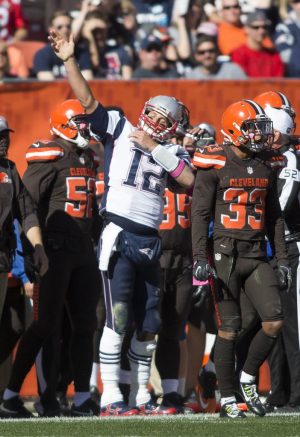 Tom Brady‘s revenge tour continues this week as the New England Patriots (4-1) host the Cincinnati Bengals (2-3). Brady went off in his regular season debut last week against the Cleveland Browns, throwing for 406 yards and three touchdowns. As the Patriots look to stay atop of their division the Bengals will look to move up from third place in the AFC North.

Brady is looking forward to playing at home this weekend.

The Bengals are coming off of a disappointing 28-14 loss to the Dallas Cowboys and are looking to repeat last season’s strong performance. The Bengals have been without a key part of their offense this season in tight end Tyler Eifert. Eifert missed the beginning of the season with an ankle injury and was set back further by a back injury. He is currently listed as questionable, but could make his 2016 debut this weekend. 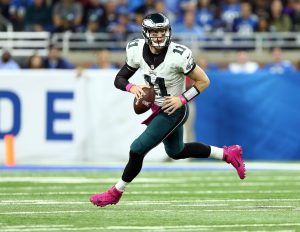 The Philadelphia Eagles (3-1) are looking to rebound after their first loss of the season as they travel to D.C. to face the Redskins (3-2). The Eagles played far beyond expectations after trading Sam Bradford to the Vikings in exchange for a 2017 first and conditional 2018 fourth round draft pick, putting rookie QB Carson Wentz under center. Wentz has outperformed expectations leading to a 3-0 start. That changed last week when he threw his first interception of the season, ending their final drive against the Detroit Lions.

The Redskins, on the other hand, have had quarterback struggles this year, thanks to Kirk Cousins‘ poor play. Cousins, who received the franchise tag from the Redskins this past off-season, has been underwhelming at best, throwing for 1,432 yards, seven touchdowns and five interceptions. 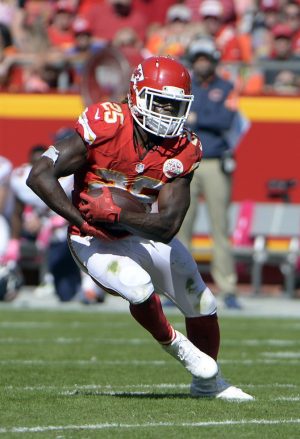 The upstart Oakland Raiders (4-1) are tied for first in the AFC West as they take on The Kansas City Chiefs (2-2). The Raiders owe their success to the great performance of second year quarterback Derek Carr. Carr has exceeded expectations, throwing for 1,383 yards and 11 touchdowns on only two interceptions. The Raiders offensive line, which Pro Football Focus ranked second in their preseason list, has been a huge asset to the young quarterback.

The Kansas City Chiefs struggles continue this season without star running back Jamaal Charles.  Spencer Ware has played well in his absence, but hasn’t had the same impact that Charles has on the offense. Charles, who tore his ACL last season, is ready to resume full starting duties this weekend. The Chiefs will need Charles’ services, as they are currently 2.5 games behind the Raiders and Broncos.

The Chiefs will face the Raiders in Oakland at 4:05 p.m. Sunday

The league’s No.1 offense in the Atlanta Falcons (4-1) will meet one of the leagues best defenses in the Seattle Seahawks (3-1).

The Falcons will need big games from one of its many weapons. Whether its Julio Jones, Devonta Freeman, Tevin Coleman or Jacob Tamme, Matt Ryan, the league’s No.1 quarterback through five weeks,  will have his choice of targets this Sunday. The Falcons are no stranger to strong starts. Last season they went 5-0 to start before finishing at a pedestrian 8-8 on the season. The Falcons will be tested, facing a Seattle defense that has allowed only 280 yards per game on average. 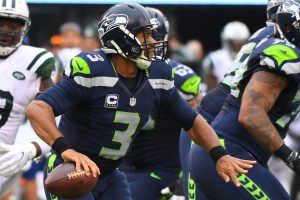 While Seattle’s defense will be challenged, it will be their offense that makes or breaks the game. The team will be without running back Thomas Rawls, and will look for the continued success of Christine Michael and CJ Spiller in the backfield. Russell Wilson, who struggled with injuries early in the season, can have a great game against an Atlanta defense that has allowed a league high 14 touchdowns so far this season.

The Seahawks host the Falcons at 4:25 Sunday.