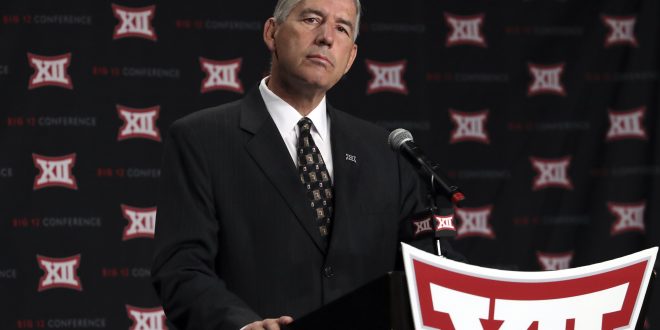 Big 12 Chooses Not to Expand

After three months, countless hours, and 11 school interviews, the Big 12 has chosen not to expand from 10 teams to 12 teams. The presidents of each individual school met this past week in Dallas. After the meeting, they held a press conference Monday afternoon where Big 12 Commissioner Bob Bowlsby released this statement about remaining at 10 teams.

“I think that this was really not a decision not to expand, but this was an endorsement and a reinvestment in the strength of the 10 that we have,” Bowlsby said.

Bowlsby and the conference may have chosen not to expand but they are also leaving some teams who wanted to be a part of the Big 12 out to dry. BYU and Houston seemed like front runners to be the new additions to the conference. BYUtv even decided to air the press conference anticipating becoming the newest addition to the Big 12.

BYUtv is going to air today's Big 12 news conference because it can — which is the best reason of all! 4:30 MT @byutvsports #GoCougs pic.twitter.com/vnU4J42OEs

For now, the league stays as it is and its future remains a bit cloudy.  The league agreed to playing a conference title game starting in 2017. Earlier this summer, Bowlsby stressed the importance of a title game to gain a presence in the College Football Playoff.

Until 2017, the conference will now focus on strengthening the 10 teams already in place. Meanwhile, pressure to expand looms especially after the recent growth of other conferences highlighted by the ACC and SEC Network’s partnership with ESPN.

Previous No. 13 Florida State Holds Off Wake Forest
Next Penalties One of the Blemishes on Gator Homecoming Win