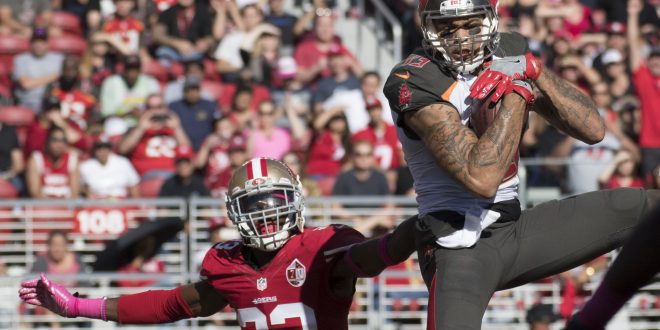 The Tampa Bay Buccaneers beat the San Francisco 49ers 34-17 on Sunday to get a big road win. The Bucs are now 3-3. Tampa Bay trailed early by 14 points before scoring 27 straight points to clinch the win over the Niners. The Niners lost their sixth in a row, their longest losing streak since 2008.

500+ total yds of offense & 3 takeaways!
Get your seats to next week's #OAKvsTB game! >> https://t.co/A86DqSzcib pic.twitter.com/NAywusPOIh

Bucs quarterback Jameis Winston was 21 for 30 passing in the game with three touchdown passes. One of those passes included one to Mike Evans for a touchdown. Evans caught eight passes for 96 yards and two touchdowns. Winston says that with Evans height and basketball background it helps him catch 50-50 balls with defenders.

Another show out performance on the field this week was by Tampa Bay running back Jacquizz Rodgers. He had his second straight 100-yard rushing performance with 154 yards on Sunday. Bucs coach Dirk Koetter believes that Rodgers is just now getting the opportunity to show what he can do for the team.

The Bucs will play at home for the next three games. They will face off against the Oakland Raiders, Atlanta Falcons, and Chicago Bears.