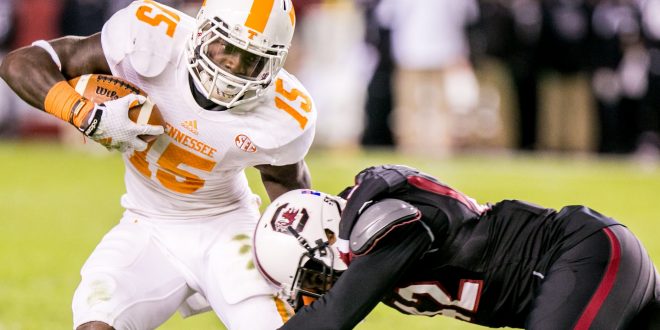 After losing their last two games to Alabama and Texas A&M, the No. 18 Tennessee Volunteers are back in action. They are looking for a recovery against the South Carolina Gamecocks on Saturday. Kickoff is set for 7:15 p.m. at the Williams-Brice Stadium. For the last three years while being coached by Butch Jones, The Vols have not lost to the Gamecocks.

Although the Gamecocks (3-4) record is worse than the Vols (5-2), South Carolina’s head coach Will Muschamp has defeated them before. He hopes to carry his success from beating Tennessee while coaching the Florida Gators two years ago on over to his new team.

Can Tennessee Get it Together After Injuries?

Muschamp recognizes Tennessee’s talented players in his weekly press conference. Although he recognizes their strengths, Muschamp believes in a freshman quarterback Jake Bentley to rock the show. When Bentley played in the University of Massachusetts game, he completed 17 of his 26 passes which lead him to have two touchdowns and 201 yards.

Each Teams Ups and Downs

Their pass defense is ranked No. 18 in the country, but their run defense on the other hand has been ranked No. 103. On average each game, the Gamecocks only give up 183.6 passing yards per game.

Running the ball successfully is one of South Carolina’s struggles. They have been averaging 106.86 yards per game. In total yards per game, the Gamecocks are averaging 317.4 yards per game which is putting them lower in their rankings.

Expect to see Tennessee running the ball a lot during the game. 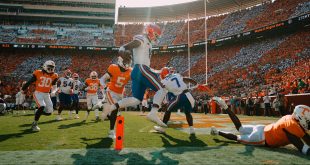 On Saturday, the Florida Gator football team took to the field at Neyland Stadium to …