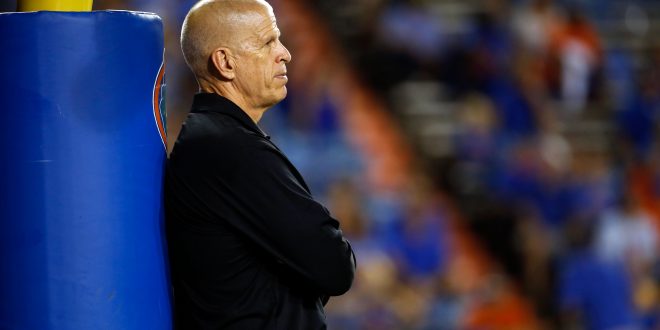 Outgoing AD Jeremy Foley has some parting words of thanks for you, #GatorNation. #ThankYouJeremy #GoGators pic.twitter.com/C1I46neDrJ

This weekend saw not only a glorious Gator win over the Bulldogs in Jacksonville, but it was also the 25th and last time that Jeremy Foley would oversee the rivalry game as Florida’s athletic director.

#Gators fans yelling "thank you Jeremy!" to Foley on the sidelines. Looks like his last game as UF AD will be a win

The second-longest tenured athletic director from New Hampshire began his career at Florida in 1976. Foley did so as an intern in the ticket office. From that point, he advanced his career until he was announced as the athletic director of the program in 1992. With that position, he helped make Florida one of the most competitive college athletics programs in the country.

Foley and the Gators have consistently finished in the top ten National All-Sports Rankings. Under Foley’s direction, the Gators saw 27 NCAA team championships, including the 2006 season when Florida became the first school to win national football and men’s basketball championships in the same year. Additionally, he helped assemble a coaching staff that has racked up 111 conference “Coach of the Year” awards.

He has also revamped the system by adding three women’s sports under his tenure in soccer, softball and lacrosse.

Foley has also been a driving force behind the major renovations of UF’s athletic facilities. He oversaw two expansions to Ben Hill Griffin Stadium, an ongoing renovation of the O’Connell Center, and the recent opening of the Hawkins Center- an academic-advising building dedicated to Florida’s student athletes.

The 63-year-old announced his impending retirement this past June, with Scott Stricklin from Mississippi State as his successor. He says part of his decision to retire as far as timing was the condition of Florida’s football program.

Before his final Florida-Georgia stint as AD, Foley attended Friday’s Hall of Fame Luncheon where he received a standing ovation from both teams that lasted over a minute. His 41st Jacksonville game ended in a 24-10 Gator victory. But Foley already knows this was far from his last Gator game- just perhaps the last with so much responsibility. 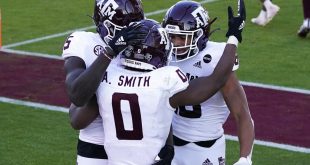