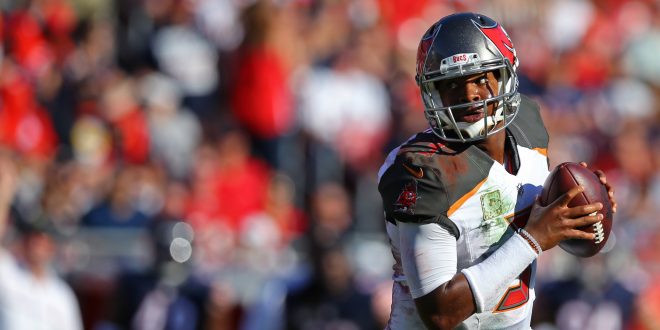 Heading into Week 11 of the NFL, things are coming into shape for several teams. The Tampa Bay Buccaneers  are one team still trying to fight in a very crowded NFC South. They are in Kansas City to take on the 7-2 Chiefs today.

The Chiefs are looking to extend their winning streak to six games in a row. A victory lets them keep the first spot in the AFC West Standings from the Oakland Raiders. Meanwhile, the Buccaneers will try to maintain their momentum after their 36-10 victory over the Chicago Bears on Week 10.

The Chiefs’ winning formula in the last five games has been their efficiency and solidity to keep teams away from scoring points. They have allowed 18.7 points per game this season, seventh best in the league. They have a quick and staggering approach by their secondary team to attack the quarterback when he is holding the ball. Derrick Johnson and Dee Ford‘s defensive reading and athleticism are two of the main weapons of this Chiefs’ defensive unit.

Receiver Mike Evans will be crucial for the Buccaneers if they want to leave Kansas City with a victory. Some of the reasons why he is the leader in touchdowns (8) and receiving yards (811) of his team are his amazing footwork when dribbling rivals and accurate eye-read plays from his quarterback. Evans’ involvement on offense will be more important than ever because of the foot injury of RB Jacquizz Rodgers.

In the world of sports, it is crucial for every team – no matter the discipline – to have an identity in its style of play. The Chiefs found theirs on the defensive side of the field. But it is important to have the proper cast and its protagonist for that strategy to be effective. Marcus Peters is definitely the protagonist of his cast. The defensive back is a relentless treat for any quarterback in the league. His eye-on-the-ball vision is probably the best in football. He is tied with Casey Hayward, corner back for the San Diego Chargers, in the table of passes intercepted leaders with five each one.

This season, Bucs fans have had a good long look at what Winston offers. The FSU product is starting to feel more confident about being the leader of his squad – at least that is what his second-year stats tell. The 2015 NFL Rookie of The Year has dismantled defenses with his projectile arm throughout the whole season. He has enough mobility to run the field and find receivers. That is why he is seventh place in touchdowns with 19.  He’s not without his warts, though. He is tied for fifth place with Eli Manning with 10 interceptions. The Buccaneers’ offensive line might already know that they will need to take care of Winston’s pick struggles to increase their chances of beating the Chiefs.