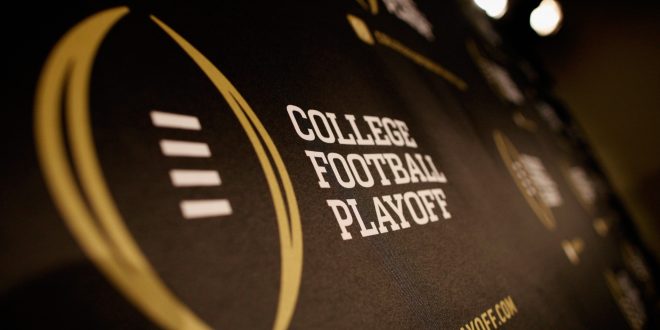 A double-overtime win has Ohio State sitting soundly at No. 2 in the new College Football Playoff rankings. The Michigan Wolverines are now in a position where they are on the outside of the top four, looking for a minor miracle as they enter the final weekend.

The Buckeyes sport an 11-1 record. An exciting home victory kept Ohio State from falling in the poll as they sit right behind top-ranked Alabama. The win over the Michigan shook up the Big Ten, as Penn State now faces Wisconsin in the conference championship game. The Wisconsin Badgers and Nittany Lions sit just behind the Wolverines at Nos. 6 and 7.

Michigan’s setback on Saturday caused it to drop from No. 3 to No. 5 entering Week 14. As a result, Clemson and Washington moved up in the poll to No. 3 and No.4, respectively.

As expected, Alabama remains in the driver’s seat. The Crimson Tide rolled over No. 13 Auburn to earn an easy 30-12 victory, finalizing a commanding regular season.

The Rest of the Best

Elsewhere in the top 10, Colorado and Oklahoma switched spots. The Buffaloes pushed ahead of the Sooners and on Friday, Colorado will take on Washington for the Pac-12 title. If the Buffs defeat the Huskies and the rest of the games end in their favor, the Playoff window opens.

The Florida Gators remain at No. 15, following their 31-13 loss in Tallahassee to the Florida State Seminoles. With three losses, Florida will not have a playoff berth, even if it could pull off a stunner and defeat No. 1 Alabama in the SEC title game in Atlanta. The Gators will have to focus on avoiding another three-game losing streak to end the season.

One more weekend of games remains before the College Football Playoff field is announced. The CFP selection committee will reveal its final set of rankings on Sunday and the playoff pairings and bowl matchups will follow.