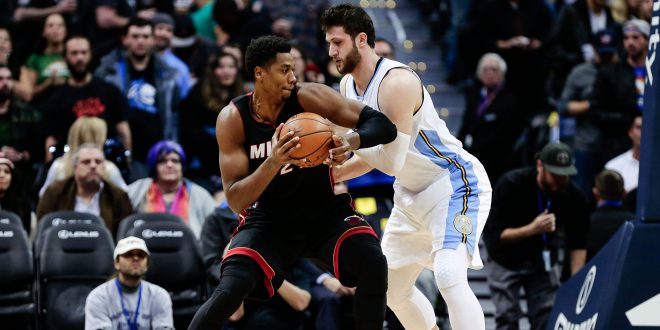 Heat Improve Road Record in Win Over Nuggets, Jazz Up Next

The Miami Heat improved to a 4-5 road record after topping the Denver Nuggets 106-98 last night. Despite a rough start to the season and some close losses, the Heat showed a spark in last night’s win.

After beating the Nuggets, the Heat proved that they are better when the whole team contributes. In addition to three starters finishing in double digit scoring, three bench players did as well. With Hassan Whiteside at the helm with a double-double, shooting guard Wayne Ellington led the bench with 22 points. Ellington said that knocking down outside shots were crucial and is something that needs to happen all the time. The Heat finished the game shooting slightly under 38 percent from the field.

Miami's bench has outscored the opponent in all of the team's wins this season.

The bench has always been relatively strong for the Heat, but Whiteside said other factors such as communication were key last night. Communication not only on offense but also on defense were elevated. He said that may have been the team’s best game in executing communication. Ultimately, the Heat’s dominance on both ends gave them the edge they needed to overcome the Nuggets.

In the fourth quarter, the Heat outscored the Nuggets 31-18. Head coach Erik Spoelstra specifically credited the team’s fourth quarter defense to the win. Spoelstra said that defense like that is key especially when playing on the road.

Here's an updated look at the NBA landscape. The @warriors have pulled away from pack while the @utahjazz have emerged as a team to watch. pic.twitter.com/ftentEADtI

The Heat will be in Utah tonight to take on the Jazz. They will need a flawless defensive effort against an 11-8 Jazz team that is on a four-game win streak. Jazz center Rudy Gobert has played a big role in leading the team on their current win streak. At seven-foot-one, Gobert is a big presence inside because of his ability to block shots or alter them. The Heat will need another stand out performance from their own big man in Whiteside in tonight’s game.

Harden and Westbrook Looking to Leave the Houston Rockets 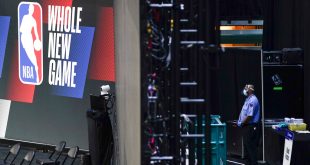 Even though it feels as though the 2020 NBA season had just ended, the start …