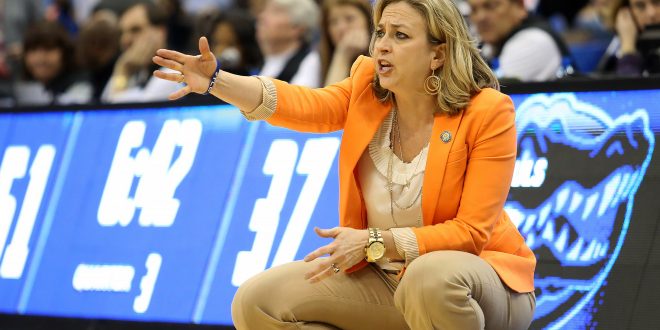 The 19th-ranked Gator Women’s Basketball team are off to a strong 5-1 start. After coming off a 74-51 victory of Wofford Wednesday night, Florida will travel to Tempe, Arizona, to partake in the ASU Classic.

Keys for the Gators

Head Coach Amanda Butler talked about how the team struggled with turnovers against Wofford Wednesday night. Before you start to think that Coach Butler was just nit-picking, the gators committed 23 turnovers. That’s more than any other game on the season. Costly mistakes need to be prevented against a Long Beach State team that Coach Butler says will challenge the team in areas where they struggle.

The Gators have been led on offense by a trio of scorers. Senior Ronni Williams is the leading rebounder (8.8 per game) and the second leading scorer on the team (16.2 per game). Against Wofford, Williams went 12-16 from the field for a team-high 26 points.

The team’s leading scorer, sophomore Eleanna Christinaki, added 20 points of her own to make her season average 20.7 points per game. Lastly, the junior Haley Lorenzen contributed 10 points in the winning effort and is the most efficient shooter on the team with .556 percentage from the field.

A win against Long Beach State will put the Gators in the championship game of the ASU Classic against the winner of the Boston/Arizona State game. Arizona State dropped out of the top-25 last week after a rough 83-42 loss to the 5th ranked Maryland Terrapins.

After the ASU Classic, the Gators will take on their archrival the Florida State Seminoles in Tallahassee. The Seminoles are currently ranked 8th in the country and were named Team of the Week by NCAA.com

The game with Long Beach State will be Saturday at 4:30 p.m. Depending on the results of the game, the Gators will then play Sunday at either 1 or 4:30 p.m. The game on Sunday will be carried here on ESPN Gainesville 98.1 FM/850 AM WRUF.