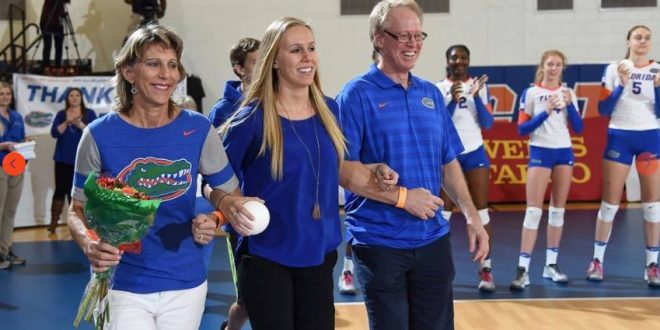 FEATURE: Sport’s Managers at UF; the Oil to the Machine

At the University of Florida, there is a plentiful amount of work that goes into every practice, each game win, a South Eastern Conference championship, or even a National title. Although the athletes bring their talents and hard work to the field, they cannot do everything to help prepare themselves for each game and practice. It’s the people that set up every practice drill, bring that extra uniform in case a player forgets, and hop in on a practice when the team is short a player. It’s the sports managers that are the oil to the machine.

Some people may not understand the amount of work that goes into being a sport manager at UF. College sports’ managers at UF are actually labeled as college athletes, and are granted scholarships, just like athletes.

Some of the jobs of a UF sports manager include going to every home and away game, as well as every practice, about 5 to 6 days a week of work. When the managers are not on the field or court, some work at office hours to help the coaches with paper work, including sending out pamphlets to potential new players that are in high school.

Although there is work that goes into being a sports manager, skills and memories are taken away that can last for a lifetime. UF sports managers of the women’s soccer, women’s basketball, and women’s volleyball team said what it is like to to live in their shoes. 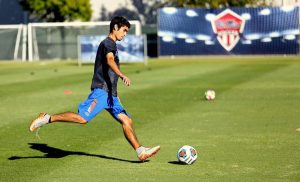 Before every practice, Almeida meets up with the Assistant Coach Alan Kirkup to go over the write up of that practice’s drills.

As the head manager, Almeida is responsible for all of the other managers and says how this task has made him a leader.

Almeida says that if he could do it all over again, he would. 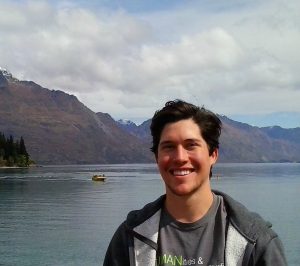 Chris Armstrong, a graduate student studying sports management, who recently got involved as a women’s soccer team sports manager this semester, works alongside Daniel Almeida. Armstrong follows in Almeida’s footsteps with the same jobs other than meeting up with the assistant coach before practices.

Although Armstrong says that he loves enjoying a free meal at away games with the team, he would have to say that his favorite part of the job is getting to know the girls and feeling like part of a team. Armstrong also says playing in the practices with the girls when they are short a player is always fun as well.

Some things that Armstrong has been able to pull away from this experience as a sports manager so far are life skills, and memories. Armstrong acquired time-management skills, adaptability and the ability to communicate better with a variety of personalities. Out of all of the games this season, watching the team come together even after a loss to Auburn, was one of Armstrong’s favorite memories he says. 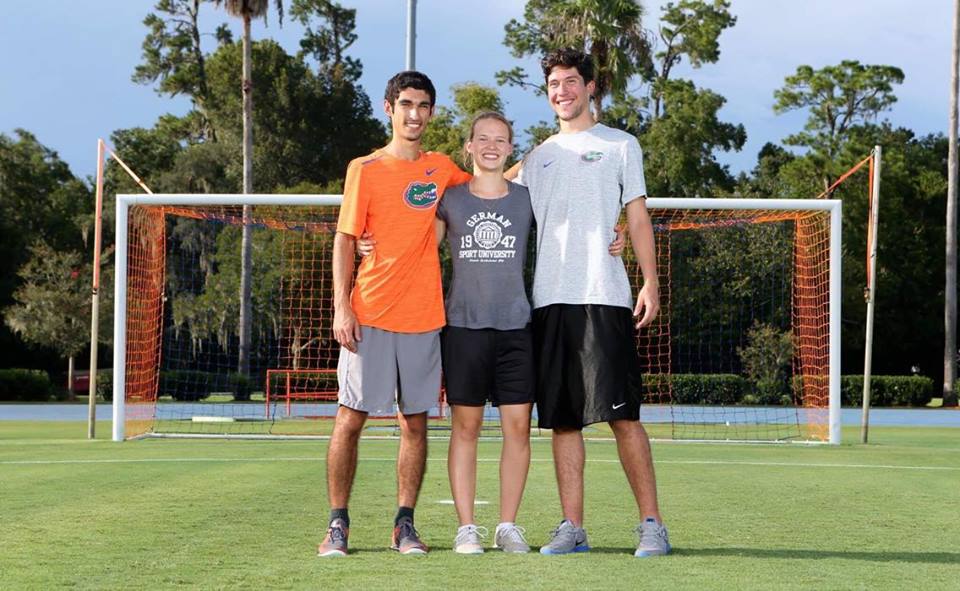 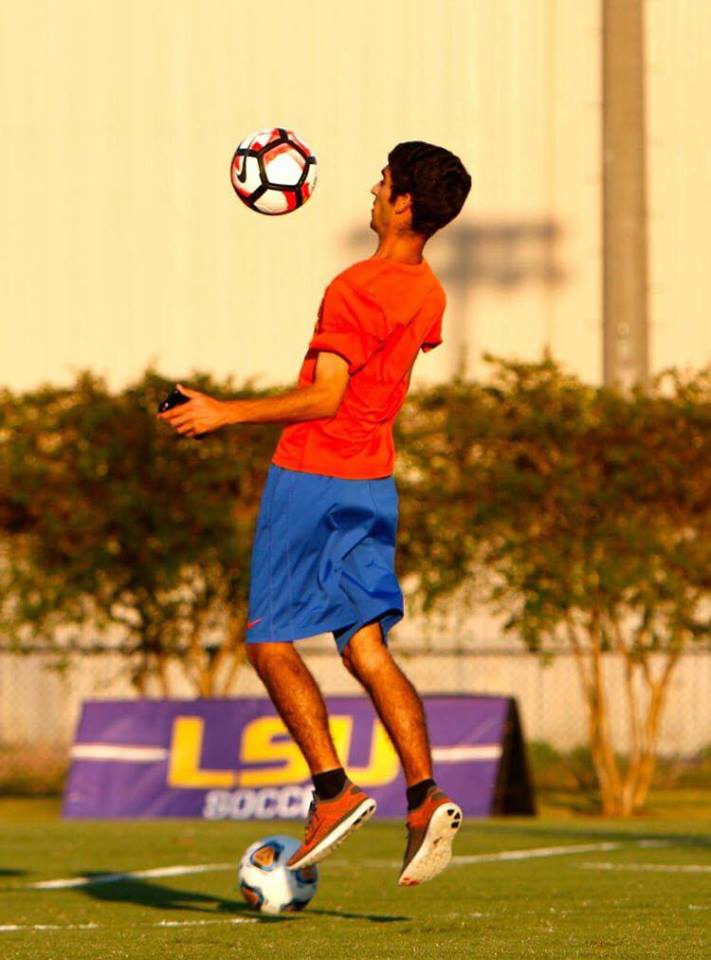 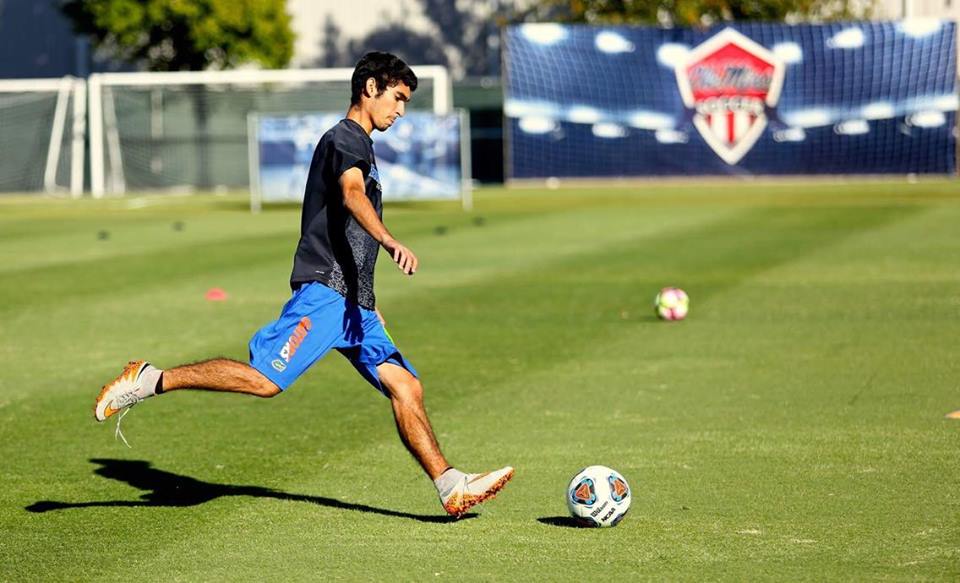 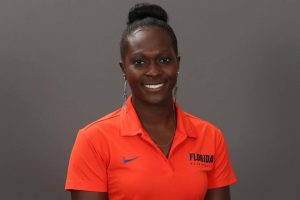 Briana Maxwell has been involved as a women’s basketball manager since summer of 2015. Maxwell knew that she wanted to stay involved in the basketball community after playing basketball for Santa Fe and switching to UF.

Maxwell also came into this job hoping to make some networking connections for sports broadcasting. Through her studies, Maxwell is working towards becoming a sports broadcaster.

“I could not be a manager for that last month of school, which was not a bad thing now looking back, because I grew from it a lot.” said Maxwell.

Throughout Maxwell’s career as a manager, one of her favorite experiences was meeting LaChina Robinson, who calls games for the Atlanta Dream, at an Indiana game. Maxwell shadowed her at an Atlanta Dream game during the summer, and still has connections with her. 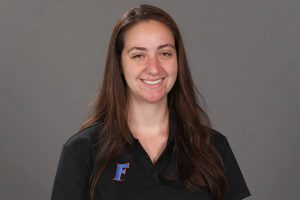 Tori Burstein is a junior in her first semester as a women’s basketball manager.  Although it took her until her until this year to realize that something was missing in her life, Burstein says that she has always had a love for sports.

Burstein wants to work in athlete development after college. Through this job, she would help athletes at all levels who are about to retire from the sports world get a job, a car, or emotionally assist them.

Tori’s favorite memory this season was when the team left for the Arkansas game this Thanksgiving break. The coaches and players realized that she was not going to be attending this trip and shared their appreciation for her.

The team came back with a win! 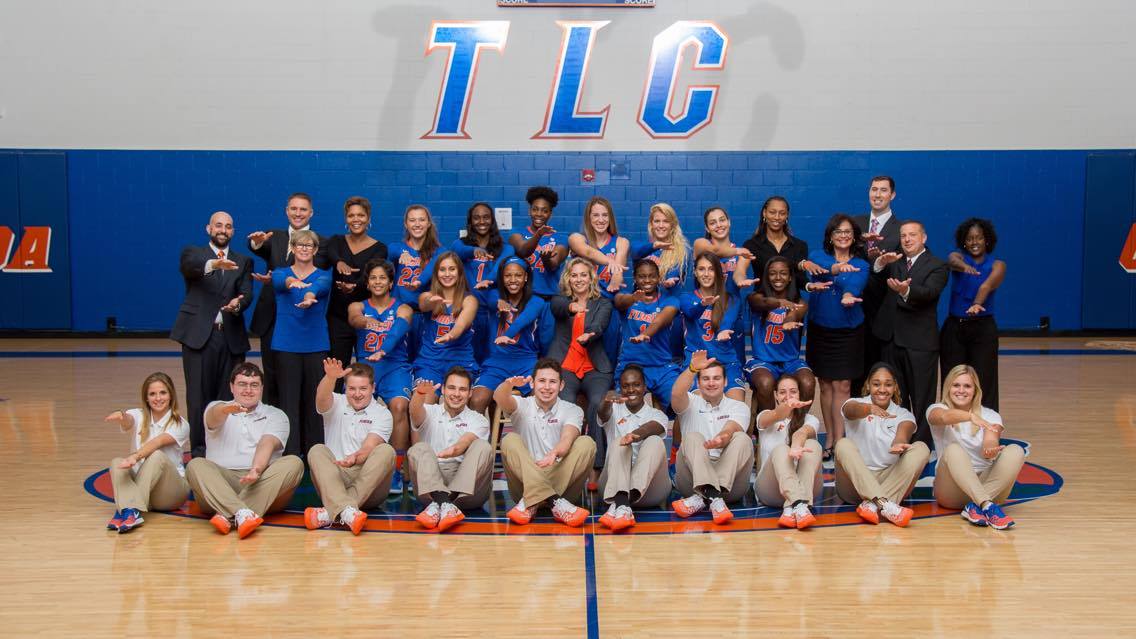 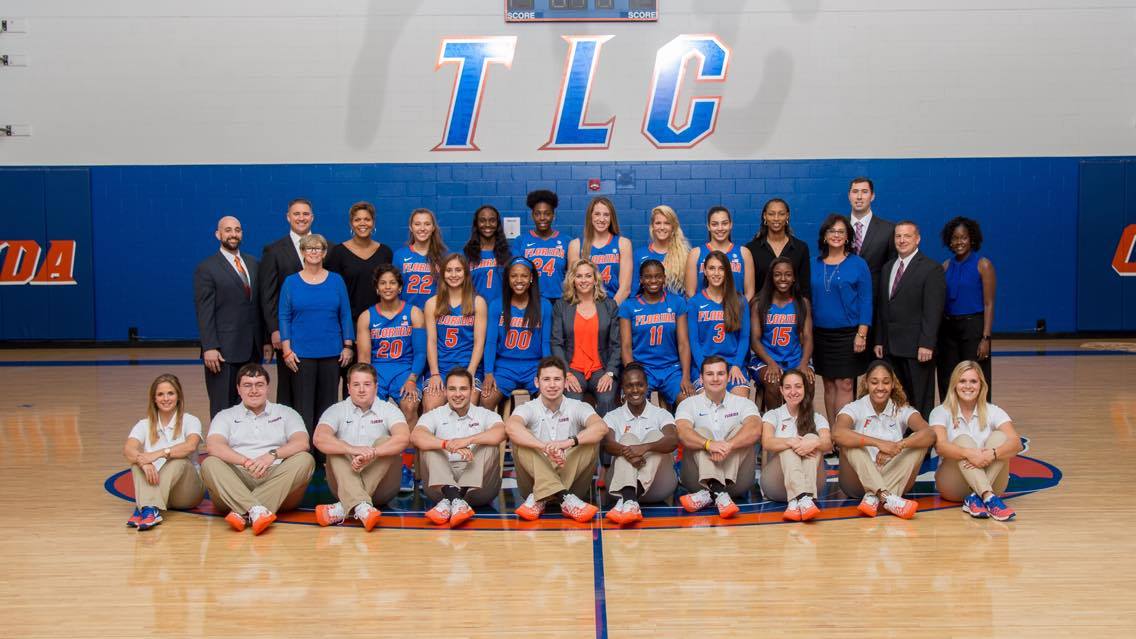 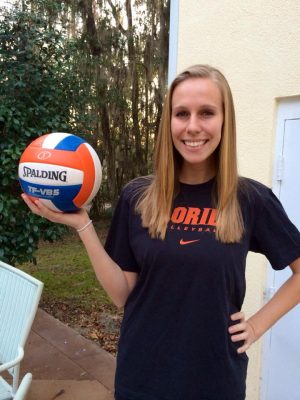 White says that through Gator Volleyball, White has made a family. Some moments where White felt like a part of this family was when the team recognized her for her hard work with a jersey that they all signed for her on Senior Night. White says she posted a picture on Instagram that Coach Mary Wise replied kindly to.

Coach Mary Wise promotes team bonding so much that the team went on a beach trip this summer together to practice on the beach. White was allowed to go on this trip and made many memories with the team she said.

White said in a few words how she thinks that the volleyball managers bring the team together. 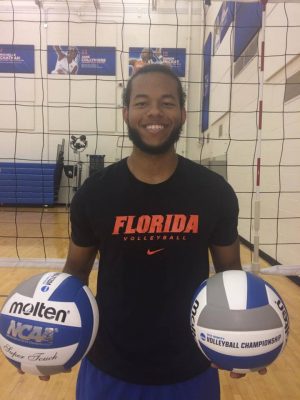 Throughout all of the games this season, one of Taylor’s favorite memories was watching the girls win the Tennessee game. 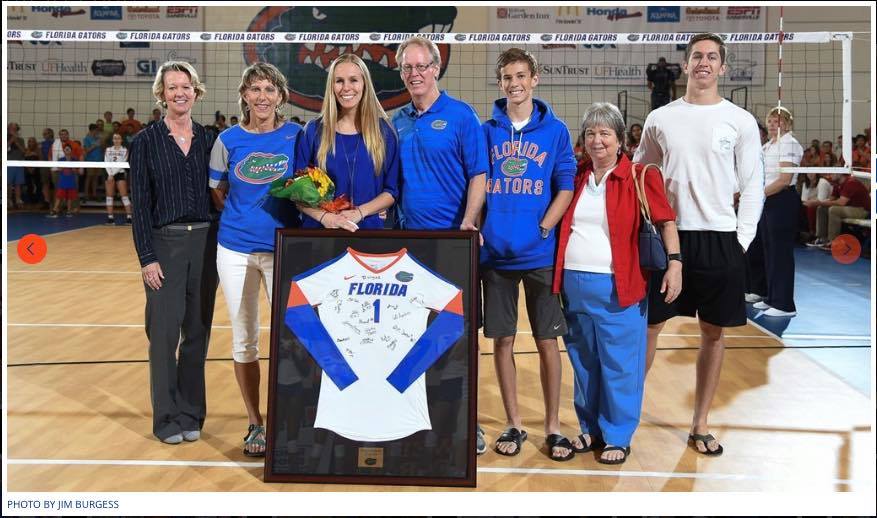 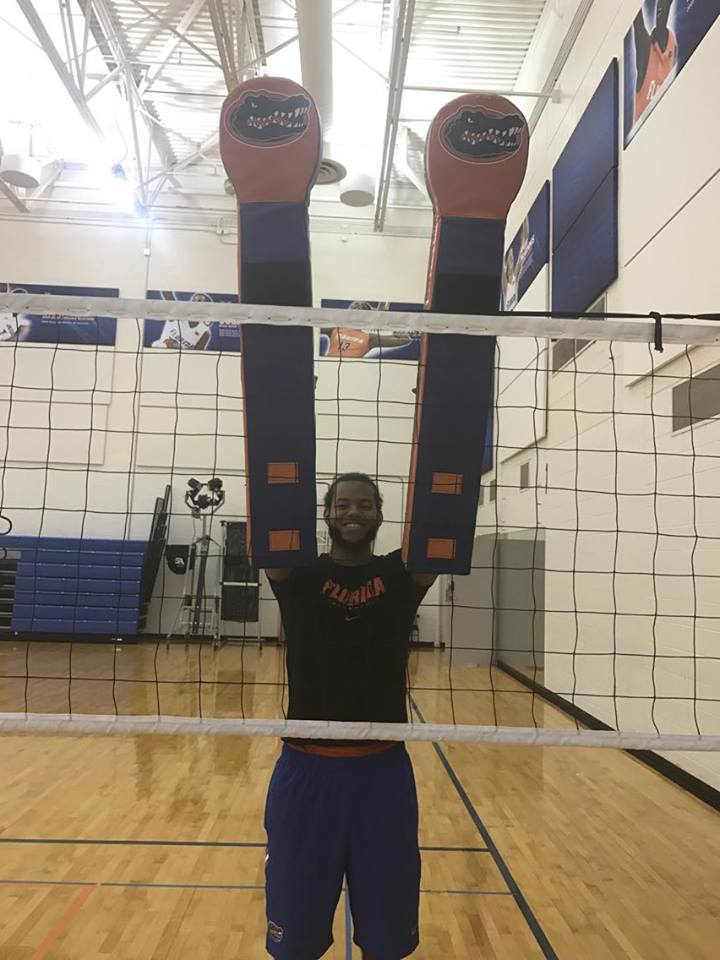 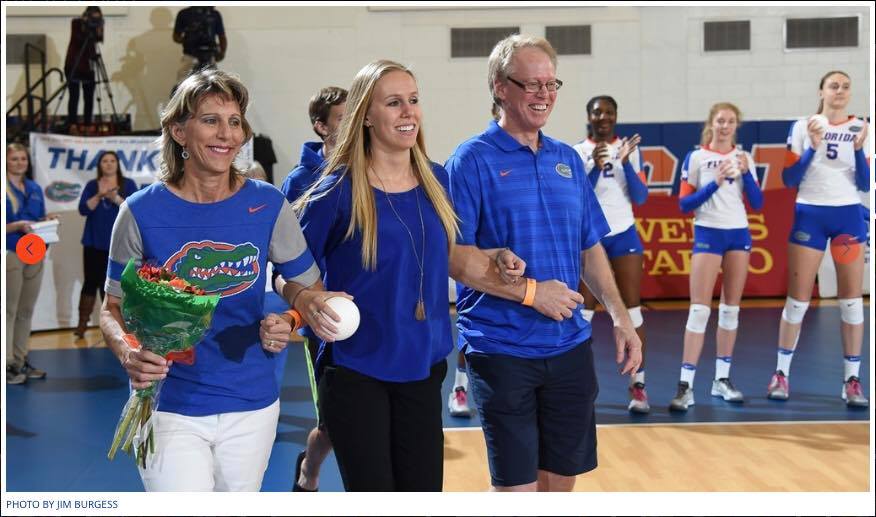 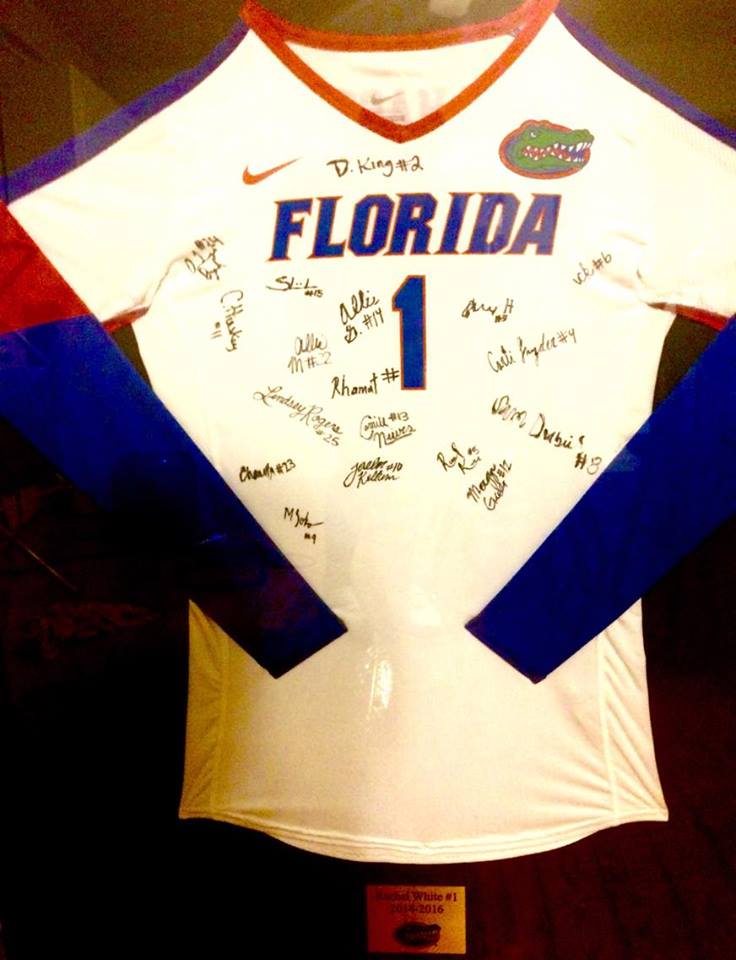 Previous FEATURE: The Rise of Club Sports
Next Gators Open Up O-Dome Play Against Arkansas-Little Rock