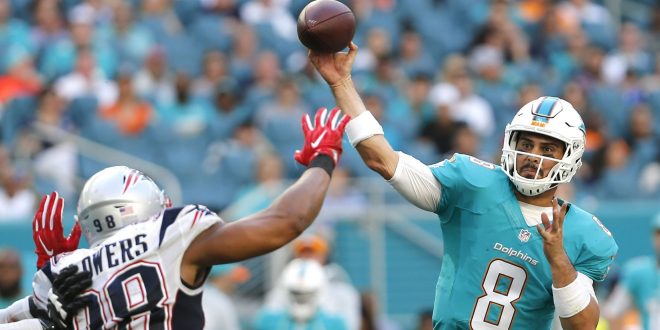 Most people will agree, the Dolphins have had a pretty successful season. New head coach Adam Gase has received wide acclaim for the job he’s done, taking the team to the playoffs for the first time since 2008.

ESPN’s football power index has given the Dolphins a less than a 1% chance of going to the Super Bowl. This puts even the Detroit Lions in front of them. This low ranking comes from the fact that the Dolphins would hypothetically have to beat the Steelers, the Patriots and the Chiefs all on their home turf.

The Dolphins finished the season 10-6 after winning nine of their last 11 games. This team has turned out to be pretty surprising for many. For the players, however, it’s all just due to hard work paying off. Bobby McClain, a Dolphins defensive back, says being able to focus is key. The reality of “win or go home” is settling in, and if this team doesn’t realize that before Sunday, it’s all over until September.

Receiver Jarvis Landry says that this matchup will be exciting, considering these two teams have met before.

Even though last time the Dolphins came out on top against the Steelers, that victory will mean very little once the game starts on Sunday. This game will test their ability to stay both calm and collected.

In all seriousness, Miami has a long journey ahead of them. Whether their season ends on Sunday or not, they won’t be getting any breaks next year either. Their 2017 schedule was recently released and they have three difficult games against AFC West teams. Meaning, the Dolphins likely need to make the most out of this year’s unlikely opportunity.