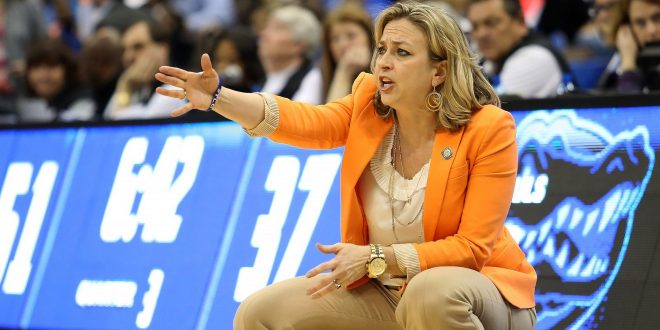 The Gator women’s basketball team will hit the road to Starkville tonight to take on one of their biggest challenges yet this season: No. 4 Mississippi State.

The Bulldogs (17-0) are one of two remaining undefeated teams in NCAA Division I Women’s Basketball, along with Connecticut. A win for the Gators would add another win to their 9-7 record. A ‘W’ for MSU would mean matching the best start in program history.

Mississippi State will enter having won the last two meetings between the two teams, after Florida won the previous nine and leads the overall series 25-20.

It will be a tough match up for the Gators to get their first win in SEC play, as they are 0-3 so far. They’re coming off of a 81-62 loss to nationally ranked South Carolina on Sunday. Despite the loss, the Gators didn’t roll over for the aggressive Gamecocks. They outscored them 22-16 in the third quarter, as well as, 38-34 in the second half.

Florida will have to stay out of the foul trouble they found themselves in against South Carolina. Their big generators on offense, Ronni Williams, Haley Lorenzen, and Tyshara Fleming, acquired three fouls each before half time. Lorenzen still ended up with double digits (15 points) and Williams continues to lead the SEC in scoring with 17.8 points per game.

The defense will have to quiet a Mississippi State offense that is picking up steam behind junior guards Morgan Williams and Victoria Vivians. Williams tied her SEC best with 21 points on Sunday in the Bulldogs win over Tennessee; she averaged 18.0 points and shot 45.5% from the field last week. Her personal record was first set last season against Florida.

Get up, it's GAMEDAY!!! Doors open at 6:30 tonight, so we'll see you then! #HailState pic.twitter.com/PoP01QePzW

In the post-game press conference against South Carolina, Gators’ head coach Amanda Butler said that moving forward, they will have to do a better job with early fouls and keeping combinations on the floor that they want at every given moment – offensively and defensively. She said if they do that, they are a very good team.