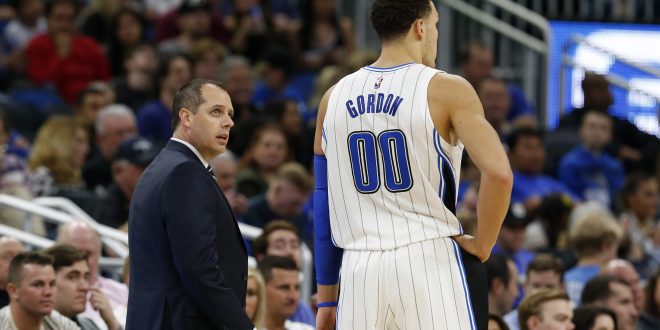 Magic Drop Fourth In A Row

The Orlando Magic dropped their fourth game in a row after being defeated by the Los Angeles Clippers 105-96.

Center Nikola Vucevic stood out and led the team in assists with four and in rebounds with 12. Forward Aaron Gordon also had an impressive night, leading the team with a career high 28 points.

Despite Gordon’s and Vucevic’s performance , it wasn’t enough for the Magic to come out with a win.

Aaron Gordon bounced back from a poor performance in the previous game against the Los Angeles Lakers after only scoring two points.

Frank Vogel mentions how great Gordon has been doing along with what he liked and disliked in the game against the Clippers.

Frank Vogel says the @OrlandoMagic didn't have a complete game and struggle down the stretch in the loss to the Clippers. #NBA pic.twitter.com/bWifJg5VpZ

The Magic are now 16-24 for the season and have started the new year on the wrong foot. So far, they have won only one of the five games they’ve played this year. Their only win of the year has been against the New York Knicks where guard Jodie Meeks led the team in points with 23 with Aaron Gordon behind him scoring 22 points.

The Magic will look to bounce back when they next face the Portland Trailblazers on the road. The game is scheduled to be on January 13th at 10PM eastern time.