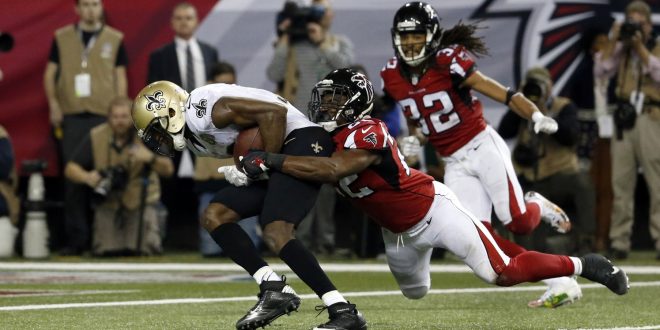 The Florida Gators are one of the premier college football programs in the nation, especially when producing NFL Talent. The Gators have the sixth most NFL players on active rosters. Currently, there are 45 former Gators on NFL rosters and four of them will be playing this Sunday in their conference championship games.

Gator Curtain in the Steel City

The Pittsburgh Steelers (13-5) currently have two former Gators on their roster. Both of whom start and make a difference on the right side of the Steelers offensive line.

Maurkice Pouncey, played with the Gators 2007-2009 seasons, has been a prominent force for the offensive line. This year, Pouncey has started thirteen games as a center for the Pittsburgh Steelers, in his sixth year for the franchise.

Back on road #5as1 pic.twitter.com/0fWojB0nwB

Gilbert and Pouncey will look forward to the opportunity of playing the New England Patriots in the AFC Championship Game for a trip to Super Bowl LI.

Ballhawks in the Secondary

The Atlanta Falcons (12-5) secondary is made up of two former Gators in Keanu Neal and Brian Poole.  The Falcons have only one Super Bowl appearance—all the way back in 1999—and will hope to become a Super Bowl champion this year.

@Keanu_Neal with the fingertip catch to seal the deal. #TBT pic.twitter.com/7flWJFM3x8

Keanu Neal may accomplish what every rookie dreams of, an opportunity to play in the Super Bowl.  After, foregoing his senior season last year, Neal has racked up 72 tackles but still is looking for his first career interception.  However, he has caused turnovers this year, forcing five fumbles and recovering one for himself.

Brian Poole—another rookie—has played significant minutes as a member of the Atlanta Falcons defense. He has 59 tackles on the year and one interception.

Neal and Poole have a huge task this Sunday as they face the Green Bay Packers. To defeat the Packers, the secondary will need to stay disciplined according to Neal.

Former Florida defensive coordinator Dan Quinn will be on the sideline as the Head Coach for the Atlanta Falcons. Quinn—in his second year as head coach—has led Atlanta to heights that have only been accomplished three times in the franchise’s 51-year history by playing in the conference championship game.

With Gators participating in both conference championship games, it will be interesting to see if any get to play in Super Bowl LI.  Not only do the Gators have former players on the field but also have a former coach on the sidelines.