The Eastside Rams (16-2-1) will be playing in the Regional Quarterfinals tonight as they host the Deltona Pine Ridge Panthers (15-4).

Eastside sophomore forward Sierra Millinor is currently leading the team in goals with 33, and teammate, Isabella Quintana is standing out with 16 goals and 20 assists.

To get the the regional quarterfinals, the Rams won their District Championship against Lecanto 3-1 where Ally Jacob, Corrine Talham, and Millinor each scored one goal. Goalie Rachel Zumberg also stood out with nine saves for the game.

Lady Rams comeback from down one at half to win 3-1 in a physical district championship game vs Lecanto. #Champs @SunPreps @ThePrepZone pic.twitter.com/Ix0GN2rdC1

The game is tonight at 5 p.m. at Citizen’s field in Gainesville. 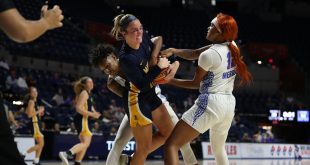