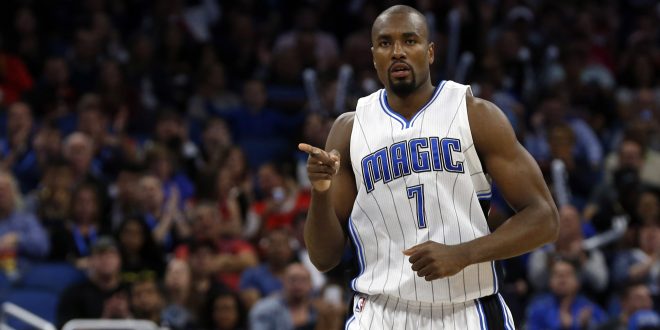 Magic Face The Celtics at The Garden

Later tonight, the Orlando Magic will look to end their two-game losing streak when they visit the Boston Celtics, which are coming from an impressive 120-109 victory against the Houston Rockets. Tip-off will be at 7:30 p.m. ET.

He is an MVP candidate and one of the most fearless competitors in the NBA. Being 5′ 9″ has never being an issue or a barrier for Isaiah Thomas to feel like a giant. Thomas has taken the role of being the main man at the TD Garden to take the Celtics back to the championship conversation. He has a great sense of space and vision to orchestrate every offensive possession. This has allowed him to be one of the best offensive machines around the league – he is averaging 29.1 points per game and is behind Russell Westbrook in the scoring standings.

The problem with the Celtics and Thomas is that he is playing like an one-man show. According to NBA stats, he is on sixth place in player-usage percentage with 33.7 percent-usage rating. That complicates the Celtics when it comes to isolate Thomas on the offensive end. This is an important detail that the Magic will have to take care of if they want to win at Boston. Elfrid Payton has to embrace the challenge of a possible one-on-one matchup against Thomas.

Bring Some Magic to The Paint

The Celtics have had struggles inside the paint on both ends even tough they signed Al Horford this past summer. Horford is one of the most versatile centers around the league when it comes to playmaking abilities. He can act like another orchestrator for his team when running the offense. But inside the paint on both ends of the floor, he is not a threat when battling for rebounds against other bigs. He is averaging 1.5 offensive rebounds and 5.2 defensive rebounds per game – the worst and the second worst numbers of his career in those departments respectively.

This is something that the Magic might have an advantage coming to this game. This is a team surrounded by bigs who can deliver on both ends of the floor. Both Nikola Vucevic and Serge Ibaka are a threat for any team when it comes to own the paint on every aspect of the game. Their great physicality allows them to battle their rivals on the pick-and-rolls and the low post. These two players will have to put the team on their shoulders if they want to cause damage to the Celtics on their weakest spot – the lack of quality big men.

The Celtics and The Three-point Game

The Magic will need to be aware of keeping their perimeter defense at their best to keep the Celtics away from the three-point range. The Celtics are currently in 10th place in the three-point-percentage standings with a 36.6 three-point percentage. This is mainly because of Thomas’ abilities to drag rivals and open spaces for his teammates while penetrating the paint.

According to Basketball Reference, the Magic have allowed their rivals to shoot for .356 from behind the arc. Magic players will have to be great in the switchings and defensive reads to stop the three-point triple threat of Jae Crowder, Avery Bradley and Thomas – they are averaging .418, .409 and .380 from behind the arc respectively.

Journalism student at the University of Florida. Venezuelan and future sports journalist.
@joseso2793
Previous Marcus Maye Out For Senior Bowl
Next The William’s Sisters: Battle for Australian Open Title