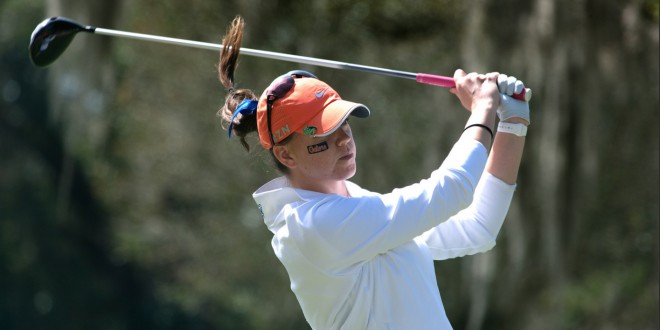 The No. 8 Gators women’s golf team opened their spring play at the Florida Challenge in Tampa on Monday with a team and individual title.  Their 7-under, 281 team total in the second round of play helped them finish 12 strokes ahead of the field.  An all-Gator trio of senior Maria Torres, freshmen Carlotta Ricolfi and Marta Perez shared a three-way tie for first place at 1-over.

This is the Gators’ second Florida Challenge victory in as many years. Both Torres and Ricolfi carded a 4-over 76 in the first round then followed it up with a 3-under 69.  Perez carded a final round 68, her career best while donning the Orange and Blue.  Seniors Kelly Grassel and Karolina Vlckova both finished T14 at 7-over.

All nine Gators made the trip, with four competing as individuals.  Sophomore Sam Wagner was among them and finished T4, at 2-over.  This is the Windermere native’s sixth top-ten finish in two years with the Gators.

The Gators head out West for the Northrop Grumman Regional Challenge on Feb. 12-14.