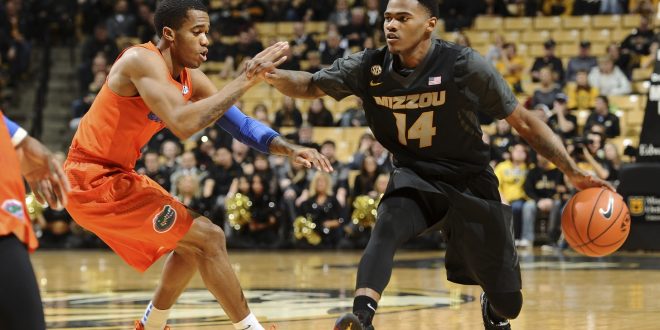 Can it Get Much Worse for Missouri?

To say that the basketball season for the Missouri Tigers has been disappointing would be a major understatement. The 5-15 Tigers, who have lost 12 straight contests, look to win their first game in SEC play (0-8) against the Florida Gators on Thursday night. Missouri hasn’t won a game since early December and has now lost 13 straight conference games dating back to last February. The Gators, who have beaten their last two opponents by a combined 67 points, look to continue to play quality basketball on both ends of the floor.

What Has Gone Wrong for Mizzou:

The 21-point underdog has a lot of challenges to overcome in order to pull out a victory. Out of the 14 teams in the SEC, the Tigers rank 13th in scoring (69.4 points per game), 14th in field goal percentage (39.5%) and three-point percentage (27.9%), 13th in assists (12.3 per game), 11th in steals (6.2 per game), and 14th in blocks (2.2 per game). These evident offensive and defensive struggles have hindered the Tigers all season, and this doesn’t seem likely to change heading into Gainesville on Thursday night.

Keys for the Tigers:

The only evident advantage that Missouri holds over Florida is rebounding. The Tigers average 39.3 rebounds per game, which ranks second in the SEC behind Kentucky. The Gators, on the other hand, rank 12th in the SEC with 36.0 rebounds per game. In order for Missouri to stay in the game, they need to limit second chance opportunities for the Gators by keeping them off the offensive glass.

Even though the Tigers don’t have any clutch, go-to scorers, they have nine players averaging more than five points per game. It’s expected that the Gators will hone in on locking down their two leading scorers, Kevin Puryear (11.6 points per game) and Jordan Barnett (11.5 points per game). If Missouri can get Puryear and Barnett scoring in bunches from the opening tip, they could hang around for much of the game. However, Florida’s stingy and aggressive defense should be able to keep both Missouri scoring leaders in check.

The Gators’ true challenge of the week will come on Saturday when they host the eighth ranked Kentucky Wildcats. Coach Mike White can’t allow his squad to overlook Missouri, simply because of the major challenge that awaits this weekend.

When asked about whether the Florida players will look past Missouri, Mike White explained that overlooking any team in unacceptable, and went on to discuss the strengths of this Tiger squad.

White pointed out that the Tigers lineup is very young, which couldn’t be more true. They have five freshman and six sophomores on the roster, including three starters that are sophomores. Even though Mizzou is in the midst of a major losing streak, they have been able to keep most of their games within single digits. The Tiger record doesn’t indicate their true talent level, which is why it’s understandable that their youth has hindered their ability to pull out close victories. Unfortunately for Missouri, it’s expected that the Tigers will leave Gainesville with their 13th straight loss on the season and 14th straight SEC loss.

Previous Top-Ranked Gator Women’s Tennis Travels to USC, Pepperdine
Next Familiar Faces in the Top 10 of the 2017 Recruiting Class