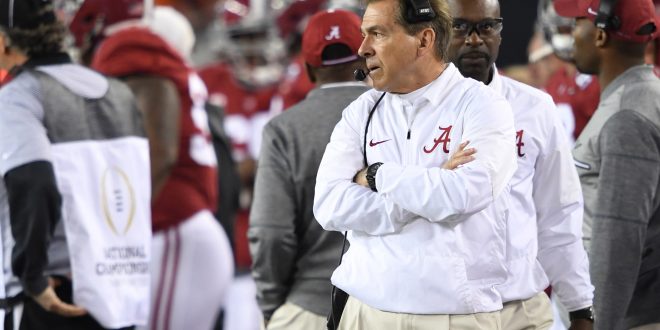 Familiar Faces in the Top 10 of the 2017 Recruiting Class

Alabama’s No.1 ranking marks head coach Nick Saban’s fifth No.1 recruiting class at Alabama. Alabama’s recruiting class also set a record this year, having the most ESPN 300 commits ever (21). Nick Saban says Alabama’s coaching staff did a great job. The SEC had 100 of ESPN’s 300 signees, the most out of any other conference. The SEC had Alabama, Georgia, LSU, and Auburn all in the top 10. ESPN’s SEC recruiting reporter, Derek Tyson, says ESPN scouts in Bristol determine the recruiting rankings. Top recruiting classes start to show talent and depth once they’ve recruited 4-5 five-star players.

Some rebuild … the SEC reloads.

Most ESPN 300 Signees by Power 5 Conference:

While the Florida Gators were not ranked in the top 10 of ESPN’s 2017 recruiting class ranking, they were ranked No. 10 in 247 Sports 2017 Football Recruiting Team Rankings. Overall, the Gators had 18 players sign to add to their 5 mid-year enrollees. Head coach Jim McElwain says the plan was to make sure they had the right fits for the program.

ESPN already has a “Post-signing day Way-Too-Early 2017 Top 25” ranking. They have Alabama ranked No. 1 overall, with Florida State, USC, Ohio State, and Penn State following right behind to make up the top 5.

With #NSD17 in the books, we have only one question…

Is it college football season yet? pic.twitter.com/XiuplmJGMW

Sydney is a senior studying telecommunications with a specialization in sports media at the University of Florida. She is a multimedia sports reporter for ESPN 98.1 FM/850 AM WRUF and WUFT-TV.
Previous Can it Get Much Worse for Missouri?
Next Gainesville Hurricanes Defeat Santa Fe Raiders 68-48 in Boy’s Basketball