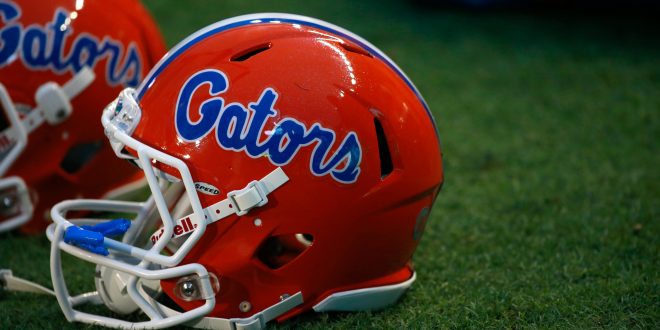 Freshman linebacker James Houston is just one of five early enrollees for the Gators. Houston came to UF in January, and is now ready to get to work on the field.

He said the coaching staff instantly made him feel like he was a part of the family. The Fort Lauderdale native said that there was some pressure to stay down South but that did not affect him in making his decision. Houston said that he feels he made the choice that was best for him. It was also a bonus for Houston that he is still very close to home, and that Florida has great resources for athletes.

Getting Ready for Spring

Houston is coming off of an ACL injury but he is ready get started on his return, this time as a Gator. The freshman missed his senior year because of the injury but feels that joining the team in January and getting rehab will help get him to where he needs to be. Houston believes that when Spring comes he will be in shape to perform well.

In addition, Houston said that he feels he will contribute greatly to the top-ranked Gator defense. He said he personally feels that he is a team player and is willing to go all out for the for the defensive line. This past season the Gators lost two key senior linebackers in Jarrod Davis and Alex Anzalone.

Overall, Florida finished with the No. 13 recruiting class. The Gators signed three linebackers out of their 23 total signees.

@Bree_Max03
Previous Rodger Goodell and the State of the NFL
Next Top-Ranked Gator Women’s Tennis Travels to USC, Pepperdine