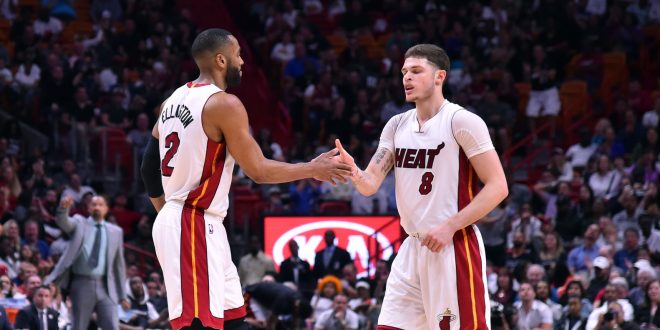 The Miami Heat are looking to extend their ten game winning streak tonight when they travel to Minnesota to face the Timberwolves. The Miami heat are 21-30 on the year. However, they recently have hit a sweet spot and have been able to bring out the wins. Which all started when they beat the Houston Rockets on January 18th. The momentum really picked up when they defeated the top of the Western Conference the Golden State Warriors 105-102. Heat center Hassan Whiteside spoke about his team trying to keep the winning streak alive against the Timberwolves.

On the other hand, the Timberwolves are coming off of a three-game losing streak. They were bested by the Cavaliers, Pistons, and most recently the Grizzlies. They are at the bottom of the Western Conference standing with a 19-32 record.

The Miami Heat signed rookie forward to a 10-day contract. This was after Miami asked the NBA to have 16 players due to injuries. Since signing with the Heat they have gone on to have their ten game winning streak. Seeming to be their good luck charm the Heat heat have now signed Okaro White to a two-year contract. However, to do so they had to waive forward Derrick Williams.

The Minnesota Timberwolves need Karl-Anthony Towns to have a big game. He leads the team in points scored, rebounds, and blocks this season. Andrew Wiggins for the Timberwolves is looking to convert more shots in tonight’s game. He went 9-22 in his field goal attempts against the Grizzlies.

For the Miami Heat, Hassan Whiteside is coming off of a huge game against the Philadelphia 76ers. Where he went 14-of-17 on his free throws and scored a total of 30 points in the game. Dion Waiters also had a good game hitting 5-of-6 3 pointers and scoring a total of 21 points.

Follow me on Twitter @SarahCarlieUF or Instagram @sarahcarlie
@SarahCarlieUF
Previous No. 17 Florida Looks to Keep the Ball Rolling Against Georgia on Tuesday
Next Florida Women’s Basketball Falls to Ole Miss