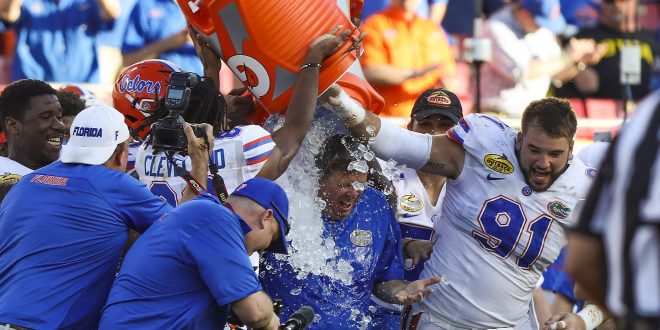 The even newer changes are that the coaches from the previous seasons, Tim Skipper and Chris Rumph, will also have new responsibilities for the 2017 season.

Before CSU, he was at Fresno State as the linebackers coach and run defense coordinator. He helped the Fresno State Bulldogs advance to four bowl games and developed several all-conference linebackers.

Another change will be the defensive line coach, Chris Rumph. Rumph is now the co-defensive coordinator and line coach. Rumph helped coach some All-SEC defensive tackles with Jonathan Bullard and Caleb Brantley. Florida’s rush defense and sacks at 144.5 ypg, 2.38 respectively, ranked in the upper part of the SEC. Rumph had a similar position when he was at the University of Texas. He was the assistant head coach for defense/defensive line with the Longhorns.

These changes come not long after the Florida Gators signed their 2017 freshman class, who are ranked as the No.13 recruiting class according to ESPN after National Signing Day,

Previous SEC Preview: Kentucky Looks to Get Back on Track Against Alabama
Next No. 17 Florida Must Get Physical Against Texas A&M on Saturday