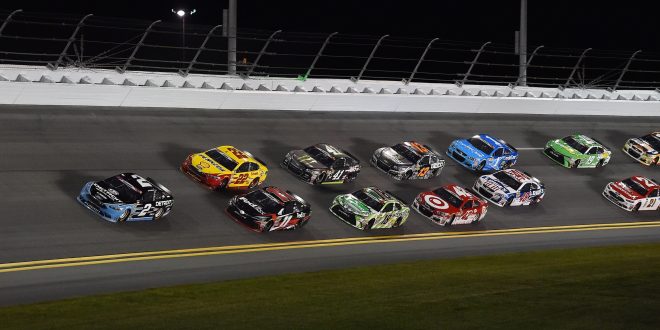 The Monster Energy Cup Series Advance Auto Parts Clash at Daytona will be at 8 p.m. ET on Saturday, Feb 18.  This will be the race’s 38th edition, and is a warm-up for the upcoming NASCAR season.  The race is a 75-lap race that is split into two segments with a caution lap at 25.

This year the event has been modified a bit.  The race no longer features a predetermined number of cars. Instead those who are 2016 poll-winners, former Clash race winners, and former Daytona 500 pole-winners who competed full-time in 2016, as well as drivers who qualified for the Chase 2016 are eligible.

There are 20 eligible drivers for the event but only 17 will participate.  The drivers who are not participating are Dale Earnhardt Jr. (concussion), Greg Biffle (no car), Carl Edwards Jr (retired), and Tony Stewart (retired).

Denny Hamlin has a history of success here as he is a three-time winner. Last year, Hamlin won by the slim margin of  six inches.  He will be looking to defend his title this Saturday.

Kevin Harvick has won three times here and will look to add one more.  His last title came back in 2013 and he would love to find himself on the podium once more.

How I feel about getting in the car today.@LowesRacing @TeamHendrick pic.twitter.com/egIlhi7Qaw

Jimmie Johnson is a name that has been thrown around.  Of the favorites, he has the least amount of Clash wins to his name with only one back in 2005.  He is overdue and will look to prove he still has skill.

The race revving up this year’s NASCAR season looks like it’ll be a good one.  The requirements ensure it to be an equivalent to a NASCAR all-star event with some of NASCAR’s biggest names.  It all begins this Saturday at 8 p.m. at the Daytona International Speedway.