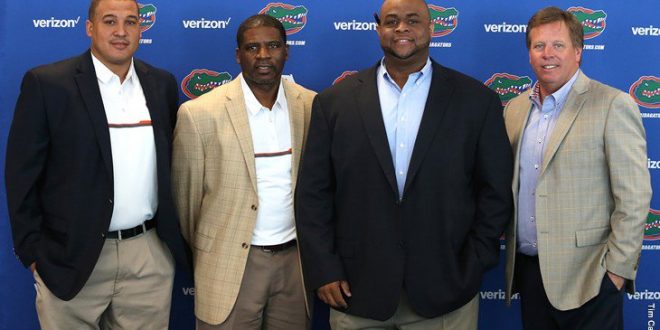 Coach McElwain is excited to welcome these assistant coaches to the Florida football family. These coaches went through an intense process to get their prestigious coaching position. McElwain said, “In each of their cases we went through the process looking for the right fit. That’s something we hit a home run on. They’re natural fits.”

For Coach Bell, his connections for Florida run deep. Corey Ball was a high school football recruit 20 years ago. One of the tough choices he had to make was to stay in state committed to the Florida Gators or head to South Carolina. Ultimately, he chose the Gamecocks. Now, his paths with Florida cross again.

Florida is the highest-profile job in Bell’s career and his experience got him the position.  Bell was head coach for two Miami high schools, straight out of college. Then, he switched roles and moved into role as director of football operations with the Miami Hurriances. Bell worked with current Gators defensive coordinator Randy Shannons. After Miami, Bell coached the defensive backs at Florida Atlantic University and was just hired to be part of the inaugural staff at University of South Florida.

The expectations to continue the “DBU” tradition is very serious. Bell admits replacing guys like Jalen Tabor and Quincy Wilson is not an easy task. Bell is confident that Florida has a mix of talent that could serve the team well next season.

On-field coaching is the majority of Bell’s job. He was also hired because of his ability to recruit down in South Florida.

Hello my name is Kaitlin Alexander, a passionate story teller and lover of sports. Fun facts about me: I am a world traveler, interviewed all three UF Heisman Trophy winners, and a former intern of Bleacher Report. Follow me on Twitter: KalexanderUF
@KalexanderUF
Previous Gators Lose at Home to Missouri
Next Clash at Daytona 2017 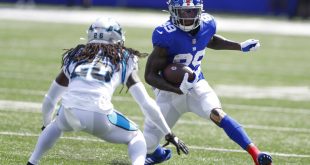