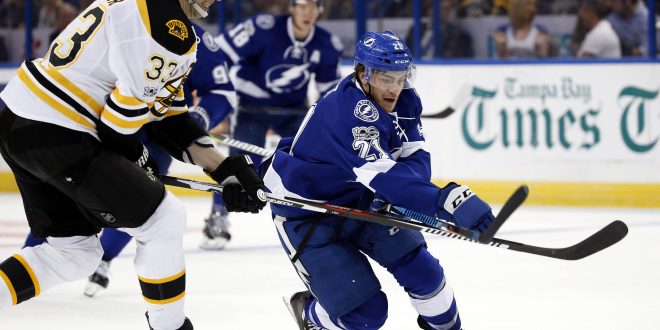 The Tampa Bay Lightning played a close game last night against the Colorado Avalanche. They blew a two-goal lead in the third period, allowing the worst-in-the-NHL Avalanche to tie it up with 41 seconds remaining. The game continued into overtime with a score of 2-2. The Lightning are fighting for a playoff spot, and pulling off this win in overtime was essential. They are five points behind the Toronto Maple Leafs  for the second wild card spot into the Stanley Cup Playoffs from the Eastern Conference.

Lightning were able to score at 2:27 of overtime to pull off a 3-2 win. They also blew a 2-0 lead, in their last game against the Dallas Starts on Saturday, which resulted in a 4-3 overtime loss.

Welp. Overtime it is for the second night in a row. #TBLvsCOL

The Lightning are certainly no stranger to injuries and illnesses this season, as they fight to earn their playoff spot. Before their game, it was questionable if Jonathan Drouin would be able to play, as he had come down with the flu. Drouin is one of Lightning’s strongest goal scorers and play makers on the team. He ended up playing in the game last night and scored the winning overtime goal for the Lightning.

Coming up, tomorrow evening the Lightning will take on the Edmonton Oilers. If they are able to pull off the win, it will be key to helping them earn that playoff spot. The Oilers are standing 2nd just under the Sharks in the Pacific Division. The Oilers are coming from a three game winning streak and are looking to grab the win tomorrow. They are on a roll as the team already matched their point total from last year’s season after their victory on Thursday night. The Lightning will fight hard to beat this team and to add hope to their play off chances.

You can catch this game tomorrow at 7:30.