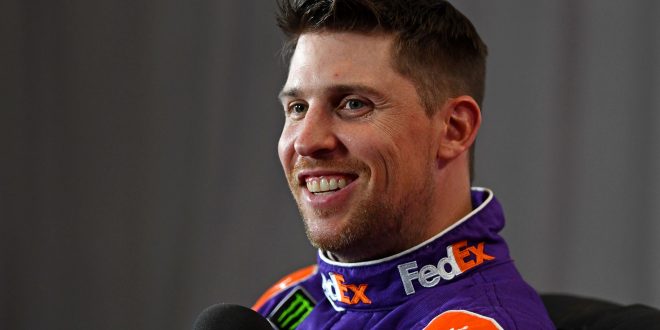 It’s opening week for Nascar and things have already gotten off to a solid start. With the Daytona 500 only a couple days away, a little preview took place last night.  It was the Can-Am Duel, a Monster Energy Cup Series, which is the preliminary race to the Daytona 500. Although this doesn’t count towards the actual Daytona 500, the two 150-mile races are qualifiers for a few of the drivers. Yet, the one thing that it does count towards for the big race is the race order.

Can-Am Duel Race One consisted of the projected winner of the Daytona 500, Chase Elliott. Elliott backed up that projection with a win on Thursday night after keeping in front of Jamie McMurray and Kevin Harvick. Elliott says that he’s really excited for Sunday and that his team really worked hard to earn the win. Although Elliott already maintained a starting position for Sunday’s race, he did earn 10 points. Duels are now worth points on a 10-1 scale depending on how the drivers finish.

The top 10 finishers of Race One’s duel were:

The Second Can-Am Duel Race had a familiar face finishing the race first. It was last year’s Daytona 500 winner, Denny Hamlin. He made a late race appearance passing Dale Earnhardt Jr. with two laps to go and never slowed down. Because Earnhardt Jr. and Elliott already had their first and second spots for Sunday’s Daytona 500 secured, Hamlin will start in position four heading into the big race.

Winner of the second race in the #CanAmDuel is 2016 #DAYTONA500 Champion @dennyhamlin! pic.twitter.com/5zr7uC8uZU

Hendrick MotorSports would have taken the complete sweep had Earnhardt Jr. won, but Hamlin helped to put Joe Gibbs Racing’s on the charts. Hamlin caught up to Earnhardt Jr. in the final laps and Earnhardt Jr. was not able to block Hamlin in. Hamlin then had a clear path to win and he took advantage of it.

The top 10 finishers of Race Two were:

Be sure to tune in at  the Daytona International Speedway on Sunday at 2 p.m. to catch the Daytona 500.

Previous Rivalry Returns To McKethan: Gators vs Hurricanes
Next Kentucky Looks for Revenge Against the Gators