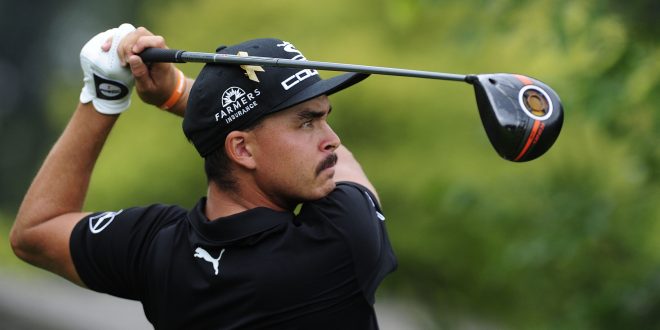 Clutch putting was the name of the game for Rickie Fowler this weekend as he landed his first PGA Tour victory in 17 months.

After beginning the final round with a four-stroke lead, Fowler sought to bring home his first win after a 54-hole lead in his career.

Fowler decided to make things a little interesting on the front nine, hitting a drive in the water and a putt in a sprinkler hole.

But when all signs pointed towards a final round meltdown, Fowler’s putter came alive and landed him a $6.4 million payday.

By his own admission, @RickieFowler's #HondaClassic W wasn't pretty, but he finally got the 0-4 monkey off his back: https://t.co/ka1bQgVovo pic.twitter.com/kUW96wEukA

Fowler logged three birdies on the back nine, including two consecutive birdie putts from 25+ feet, to extend his lead to five strokes.

With his stellar play on the back nine, Fowler was well on his way to setting the 72-hole record at PGA National.

However, he ended his day with a three putt and an errant 7-iron on 17 to record back-to-back bogeys in an anticlimactic end to the tournament.

“A win is a win,” Fowler said after an interesting end to his final round.

Even with a few rough patches, Fowler still managed to log a 12-under 268.

The 28-year-old started the tournament ranked 14th in the world, but will likely move into the top-10 after the win this weekend.

Fowler will now focus in on the Masters, which only six weeks away.

After playing well in his last few appearances at Augusta National, including a finish tied for fifth place in 2014, Fowler will look to finally bring home his first major victory in April.