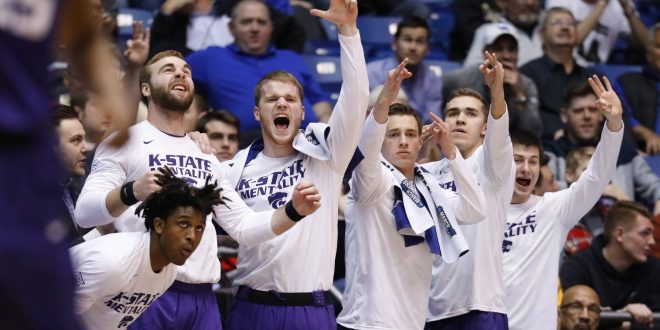 Tuesday night was one for the books. Not only the opening of the NCAA Tournament, but a great game to show for it. Kansas State beat Wake Forest 95-88, and is looking at playing Cincinnati on Friday. Mount Saint Mary’s beat New Orleans 67-66 and secured their spot to play No.1 seed Villanova.

Kansas State made crushing Wake Forest look like a breeze. The Wildcats relied on Wesley Iwundu who secured 24 points in this game, six rebounds and seven assists. He also showed off his dunks and great passing skills. Kansas State head coach Bruce Weber was certainly proud of his team. Coach Weber says his team made the right plays when it mattered.

Wake Forest seem to put all their eggs in one basket- the John Collins basket. He had 26 points and nine rebounds.Collins has played on the All-ACC first team and his season averages are 18.9 points and 9.8 rebounds. Trustworthy guy, nevertheless, but not a guy you want carrying all of your eggs. He just wasn’t enough to eliminate Kansas State. Kansas State saw this coming, and were prepared to stop him.

Coach Weber is ready for California. However, he knows what Cincinnati can do and he wishes he had more time to prepare.

Kansas State will play on March  17 in Sacramento.

This game was one to watch- hopefully you didn’t miss it! MSM had the lead into the half, with a few impressive dunks under their belt. After the half, New Orleans trailed less than five points behind for most of the time…That is until one minute was left when the lead switched.

New Orleans was up by one, at 64-63. But of course, MSM wasn’t going to let things end there. Guard Junior Robinson dropped a two pointer and put them in the lead once again. New Orleans crept back up with some foul shots, but were still behind. MSM came out on top in the very last second of this game.

MSM head coach Miles Wilson was calm and collected after this game. He talked about strategy when it comes time to face Villanova.

Good thing for his tranquility too- his team has no time to even think about being worried. That number one seed game against Villanova- is tomorrow. Tip off at 7:10.