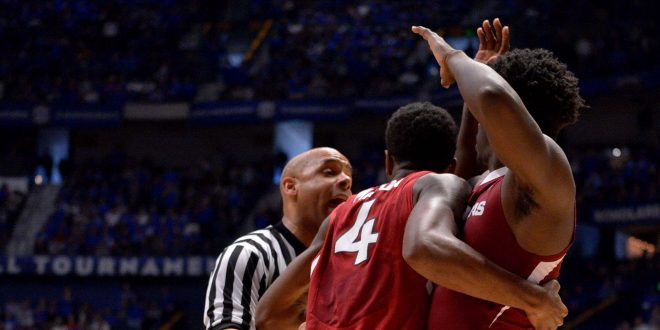 The Razorbacks Return to the Tournament

The Arkansas Razorbacks have made it back to the NCAA tournament. They have appeared in the postseason 30 times but only have one national title. The Razorbacks are 41-30 in the tournament and their lone title came in 1994 when they defeated Duke.

Arkansas finished third in the SEC with an overall record of 25-9. Their performance earned them the eighth seed in the south region. They will be facing the  Seton Hall Pirates in the first round of play.

If they beat the Pirates they will move on to the second round in which they face a talented top-seed North Carolina, again. Just their luck. To throw salt on the wound, this Razorback team has not had much luck when facing powerhouse teams this year. But that’s the beauty of the tournament, you just never know what will happen. Here’s a look at how the Razorbacks season went.

Arkansas started their season red hot, going 9-1 in their first ten games. Their longest win streak was eight, which ended against  Florida. Following that lost, the Razorbacks went 1-2 in their next three. NCAA hopes were starting to fade away until they won four straight.

The Razorbacks were led in scoring by senior guard, Dusty Hannahs, who averaged 14.6 points per game. Arkansas wasn’t the most explosive offensive team, ranking only 33rd in the nation, but they did show that they could heat up. Despite averaging only 80.2 points a game, they did score over 90 points multiple times.

The Razorbacks have been criticized in their season finale for their style of play, which fans consider “dirty”. It started with a foul on one of Kentucky’s guards. Some fans describe the play as “Arkansas with the dirtiest display of basketball I’ve seen in quite some time”.

Arkansas with the dirtiest display of basketball I've seen in quite some time. pic.twitter.com/A07bAjTkKQ

The Razorbacks will be playing with a chip on their shoulder this tournament. To win back the respect of fans and to overcome a team that has knocked them out the tournament in back to back match-ups. They can’t look too far ahead because they have to get passed a very talented Seton Hall team March, 17. Tip off will be at 1:30 in Memphis, Tennessee. 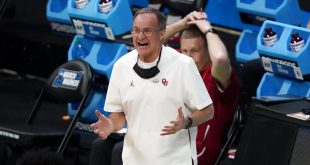