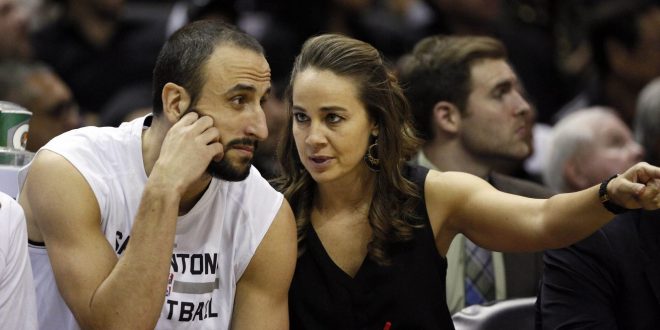 Robinson reports that Hammon is visiting the Florida campus “in the next couple of days”.

Hammon became the NBA’s first full-time, paid assistant female assistant in 2014, which helped her win ESPN’s Woman of the Year award. She is highly regarded in all basketball circles and landing the WNBA legend would be a major accomplishment for new Florida athletic director Scott Stricklin. The former Miss. State AD took over for long-time AD Jeremy Foley in November of last year and has spent his first few months getting to know the school’s sports and coaches.

In July 2015, she coached the Spurs Las Vegas summer league team to a championship.

Earlier this month, Florida fired Amanda Butler. In her 10 years leading the program, she finished 190-137, but was never able to carry her success into the conference. Teams went 71-85 in the SEC under her. Earlier this season, the team lost star guard Eleanna Christinaki to Maryland after some internal team issues. The team finished 15-16 (5-11 SEC).