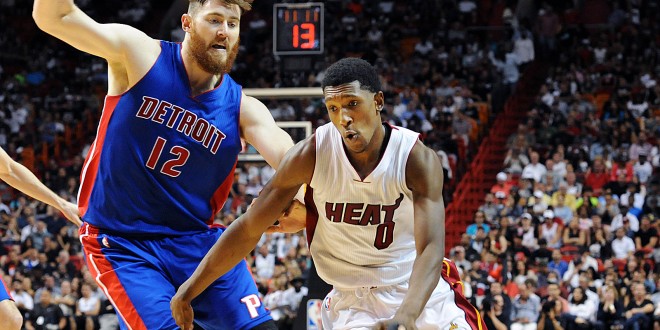 The Miami Heat are pushing to do something that has never happened before in NBA history: make it to the playoffs after starting their season off with an 11-30 record. The Miami comeback for this season has been unprecedented. They have won 24 of their last 32 games and they hold the NBA’s longest winning streak for this season, a 13-game run.

Miami holds the eighth spot in the Eastern Conference, just one game above the Detroit Pistons. And after the Chicago Bulls defeated the Milwaukee Bucks on Sunday, Miami only stands half of a game above them for the eighth and final playoff spot. They faced the Boston Celtics on Sunday and fell short to them, 112-108. Boston was second in the Eastern Conference, but with the win, they pulled into a virtual tie with the Cleveland Cavaliers for the first spot.

In the second quarter, the Heat built a lead as big as 15 points. By halftime the Celtics had trimmed that lead down to just five points. In the third quarter, the Celtics owned Miami, as the Heat struggled with their offense and only shot 29.6 percent from the floor and was one-for-ten in 3 pointers. Boston took advantage of Miami’s struggles and shot 56.5 percent and made all three of their shots outside of the arc. By the end of the quarter, the Celtics had taken their lead up by 10 points. The Heat pushed back in the fourth quarter to take the lead again, but couldn’t finish it. Tyler Johnson led the Heat in scoring with 24 points and James Johnson scored 20.

Tyler Johnson led Miami in scoring last night with 24 off the bench vs the Celtics pic.twitter.com/WJ9rpWTOrN

Miami has lost three of their last four games since Dion Waiters has been out due to a sprained ankle. Waiters has been irreplaceable this season, but they players know that their loss can’t use his absence as an excuse.

Coming up for Miami,

Miami will face the Detroit Pistons in Detroit Tuesday at 7:30. This game is the most important for them, as they lead the Pistons by one game in the playoff race. The loss against the Celtics is now behind them, as they keep their focus on their game against Detroit, as well as their other remaining eight games to hold their playoff spot.