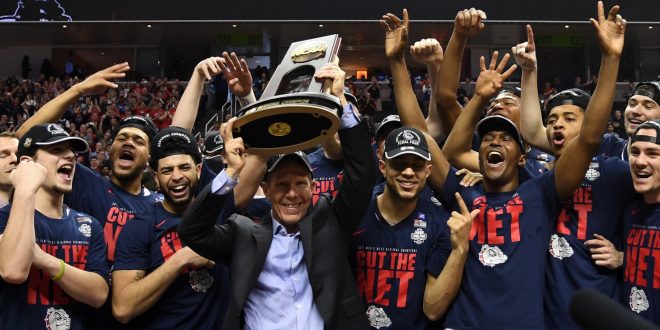 Following multiple early exits in previous NCAA tournaments, the Gonzaga Bulldogs entered the postseason with many doubters. With years of frustration mounting up, the Bulldogs carried an immense amount of pressure to finally break through. Finally, the Bulldogs have risen to the occasion and find themselves in the Final Four for the first time in school history.

With a commanding 29-1 regular-season record, the Bulldogs roared into the post-season ready to wreak havoc. Breezing through the West Coast Conference tournament, the Zags would claim their fifth-straight WCC tournament championship. Their dominant play would earn them a No. 1 seed heading into the NCAA tournament.

Defeating both South Dakota State and Northwestern on opening weekend, the team continued to push forward. The Zags would grind out a 61-58 victory over No. 4 West Virginia in the Sweet Sixteen, setting up an Elite Eight matchup with No. 11 Xavier. The Bulldogs would then rout the Musketeers 83-59, securing a spot in the Final Four.

THE BULLDOGS ARE GOING TO THE FINAL FOUR!

Monkey off the Back

Over the last few years, arguably no coach has felt more pressure than Gonzaga head coach Mark Few. With multiple seasons ending in disappointment, many have pegged him as having a “monkey on his back.” Coach Few took a moment during a press conference to finally address the pressure.

This was Mark Few's response when asked about getting the monkey off his back and what it would mean to reach the Final Four. pic.twitter.com/48Y2cv4Ghz

Monkey or not, coach Few is finally heading to his first Final Four.

While the journey has been remarkable, the mission is yet to be accomplished. The Bulldogs will have their hands full when they face South Carolina on Saturday night. Led by the Southeastern Conference Player of the Year, Sindarius Thornwell, the Gamecocks have been a force in the tournament. With huge victories over Marquette, Duke, Baylor and Florida, Gonzaga will look fend off a very hot South Carolina squad.

Matthew is currently a senior, majoring in telecommunications with a minor in business administration.
@matt_levay
Previous North Carolina Beats Kentucky With Last Second Shot
Next The Miami Heat Battle to Hold Their 8th Standing Playoff Spot