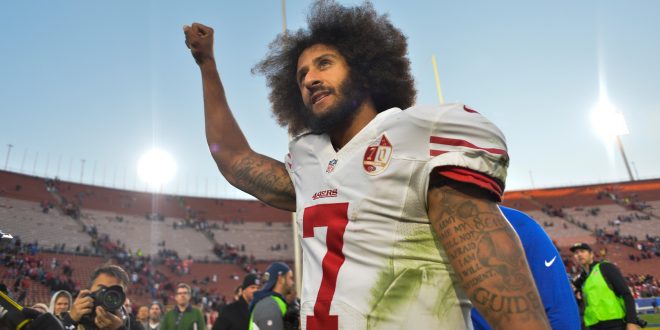 Colin Kaepernick is an unwanted man.

The 29 year old is currently a free agent after spending the last six seasons with the San Francisco 49ers. Earlier in March, he opted out of his contract after worries that he was no longer the primary QB in San Francisco. 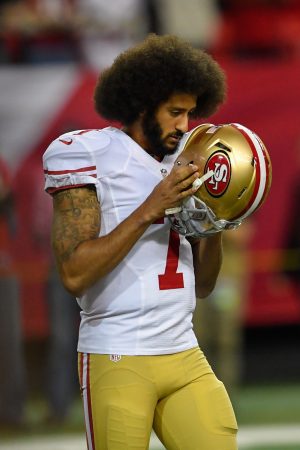 But despite Kaepernick’s solid level of play last year, he made headlines for a much more controversial reason. Protesting violence against African-Americans, the QB kneeled during the national anthem in several pregame ceremonies, starting a media frenzy that spread through the country, forcing many, including NFL players, to pick a side.
Later in Miami, he praised Fidel Castro, another moment that sparked the ire of those in South Florida.

The lack of interest in the dual-threat QB has led many to wonder – is he being blackballed?

In the last couple of days, coaches around the league have denied the possibility that he’s being shunned by the league. John Harbaugh, who faced Kaepernick in the 2012 Super Bowl, was surprised he hasn’t been signed yet.

It’s perplexing, then, why teams that have a need for a QB haven’t even discussed the possibility of signing Kaepernick. Texans head coach Bill O’Brien said they’ve kept tabs on him, but aren’t biting yet. The Texans have Tom Savage and Brandon Weeden as potential options, both very subpar to Kaepernick.

Cleveland Browns head coach Hue Jackson, who had six different QBs take a snap last season, said they’re eyeing other players to be their signal caller and that Kaepernick hasn’t been a target.

You can add Broncos head coach Vance Joseph to that list. He said they’re sticking to Trevor Siemian and, as the chorus of coaches before him have said, the team hasn’t discussed him.

Of course, teams won’t actively say that they’re blackballing a player. It’s more of an unspoken thing that has no real ‘Why?’ attached to it. Is it because they don’t want more off-the-field drama? Maybe teams are unsure about his skills? A mixture of both, perhaps?

NFL commissioner Roger Goodell said he’s not had any teams tell him that Kaepernick is being blackballed. He fell back on the explanation that teams just evaluate their team needs and see if other guys fit it.

The general expectation is that Kaepernick will eventually land with a team soon. But it’s hard to pinpoint when and until he does, everyone, including Kaepernick, will be left to wonder if his kneeling is the reason he’s not in an NFL uniform.