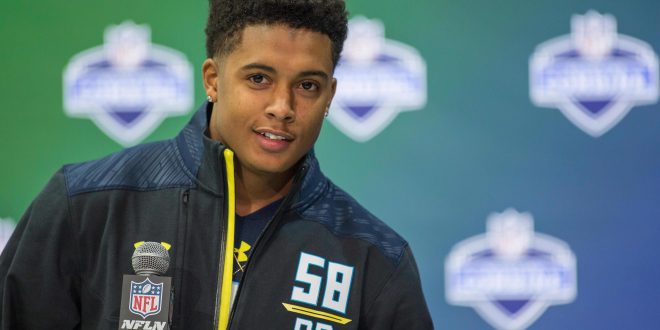 Quincy Wilson is ready to start a career in the NFL. After 3 seasons at Florida, he declared for the NFL draft. After impressing on Pro Day, Wilson is projected to be an early pick.

Wilson made a strong impression during Pro Day when he made a spectacular one-handed catch. Wilson said he felt it was nothing new; it was something scouts could go back and see him do in the game against Kentucky last fall.

CB1 Quincy Wilson showing off his moves and hands at the pro day. pic.twitter.com/PBAnej4mrr

Wilson certainly impressed in his time as a Florida Gator. During the 2016 season, he was one of just two players to start all 13 games. Some of his stats for 2016 were as follows:

One of Wilson’s strengths is his size. His size and strength allow him to overcome some of his weaknesses. Those weaknesses include a slight lack of speed, as well as getting tripped up with his footwork. However, Wilson is confident in his abilities and has no doubt that he would be a valuable asset to any NFL team.

Wilson is excited to focus on football and be finished with school. He says he has looked forward to a life without school for a long time. However, he did not rule out possibly returning to the classroom one day to finish his degree in business.

Wilson is projected to be an early pick, possibly even going in the first round. He says it has always been a dream of his to be one of the first 32 picks.  However, Gator fans are not to worry; you should be seeing another Wilson in orange and blue soon. Wilson’s younger brother, Marco, has committed to Florida.

Born and raised at the ballpark! Typically quiet- until it comes to sports. I'm a South Florida native with a passion for baseball nearly as strong as my faith. Grew up in garnet + gold, turned out sporting orange + blue. Likely to be found with a camera. And yes, I take food pictures.
@victoriarossman
Previous NFL Coaches Deny Blackballing Kaepernick
Next Reaction to Raiders’ Relocation