The Gator men’s golf team won its fifth title of the year after going 12-under on its last seven holes of the final round for 13-under on the day to edge out fellow golf-powerhouse Alabama by one shot.  The three-round, 822 (-30) total was their best of the year, propelling the Gators to their first five-win season since the 2010-11 season.

Sophomore Sam Horsfield won the tournament as an individual for the second time in as many years. This is Horsfield’s first win of the season after playing the tournament in 11-under (202) with rounds of 69-67-66. He shot a bogey-free final round to win the tournament by two shots.

And our 2017 Mason Rudolph Championship winners: @GatorsGolf and Sam Horsfield!
UF shot an 822 as a team, the 2nd lowest in event history. pic.twitter.com/IImrB7GWbf

The Gators worked hard to edge out teams like Alabama, Vanderbilt, and Duke, among others. While Horsfield came away with the individual victory, his teammates were not too far behind.  Sophomore Gordon Neale tied for third after shooting 69-70-66 (-8).  Junior Alejandro Tosti also had a good showing with rounds of 69-71-66 (-7).

The Gators will have a few weeks to prepare for the SEC Championships.  They will look to win the conference title in St. Simons Island, Georgia on April 21-23. 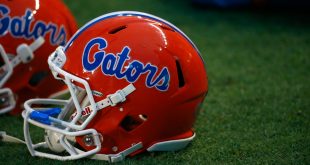 On October 24, 2019, the Chicago Cubs hired former Florida Gator David Ross as their …