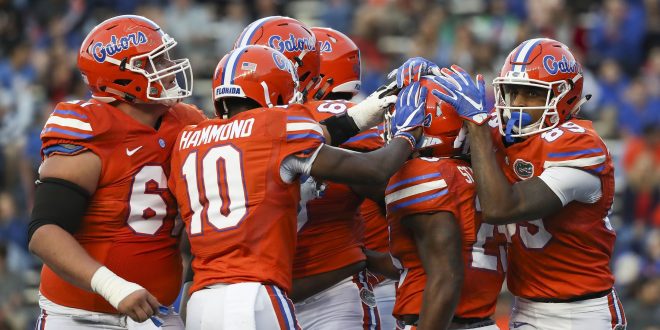 Titus O’Neil, also known as Thaddeus Bullard by Gator fans, returned to Gainesville Friday to watch his Alma mater play. Now a WWE wrestler, he began his journey to the rink as a defensive end for the University of Florida.

O’Niel said coming back to Gainesville is like coming home. He says it is always great to be surrounded by familiar faces and the Gator community.

Great to be a Gator and Always Great to come HOME TO uf Thanks kevincarterespn KMac and… https://t.co/pyYHoWybHk

Highly recruited out of high school he signed an athletic scholarship with the Gators in 1996 under coach Steve Spurrier. Where he red-shirted his freshman year missing out on Spurrier’s 1996 National Championship team. From 1997-200 he went on to letter all four seasons, playing 44 regular season games with three career starts.

However, sports were not his entire life. O’Neil was also a member of the Omega Psi Phi Fraternity and in 2000 served as U-F’s student body vice president.

After graduation, he went on to try his luck in the Arena Football League from 2003-2007. Playing for many different teams including the Utah Blaze, Tampa Bay Storm, Las Vegas Gladiators and Carolina Cobras but it is his professional wrestling career he is known for.

O’Neils wrestling career kicked off when he was part of the second season of NXT. From there he went on to compete in show’s fifth season, NXT Redemption. He is a one-time WWE Tag Team Champion as part of The Prime Time Players with Darren Young.

The Florida Gator Football team took the field Friday night in its annual Orange and Blue Spring game debut with O’Neil taking it all in from the sidelines. Impressed by what he saw from the team, O’Neil said he is excited to see what the Fall brings.

This was the second time red-shirt Freshman QB Feleipe Franks took the field to lead the Gators in the Spring game, this time showing promise. O’Neil said if, given the right opportunities with the offensive line protecting him, Franks will have the ability to make passes and potentially be a star.

He also said he has seen much improvement from the offensive line and has believed Jordan Scarlett and other returning receivers will give Franks the opportunity to showcase his talent. 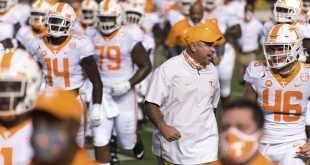