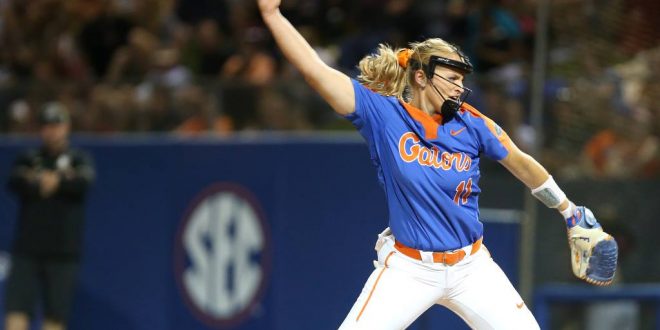 After coming off an exhilarating win, the Gators are enjoying the ride. The win against FSU on Wednesday says a lot of things about this team. That momentum should flow into the weekend when the Gators will travel to Lexington to face Kentucky in a three game series.

The Wildcats are 25-11 on their season, and the Gators are 38-2. Kentucky just had an in-state rivalry win too, except they blew their rival right out of the water-beating Louisville 10-1. Florida had a great game, but it was just too close for comfort. This could possibly mean that Kentucky will put up a fight for the Gators

The Wildcats are ranked ninth in batting in the SEC. As a team, they have secured 26 home runs off of 268 hits. The team’s leading hitter is Bailey Vick. Her number of hits are decent at 31 in the past 36 games. But in SEC play, that number goes down to just 10. Kentucky is good at shutting out teams that aren’t ranked. But when it comes time for conference games, they could freeze up.

Kelly Barnhill has been on fire since being named SEC pitcher of the week this week. Against Georgia, she helped them keep their first place spot in the nation for pitching with an ERA of .70. Her own personal ERA is .22. Needless to say, Barnhill has been doing big things for the Gators. Other pitchers Aleshia Ocasio and Delaine Gourley are also ranked inside the top ten. Florida is the only school to have three players inside the top ten.

The last time the Gators and the Wildcats met was 2015. The game had record breaking attendance in Gainesville and Florida completed the sweep against the then ranked number 13 Kentucky.

This 3 game SEC series will start Friday at six and goes until Sunday.