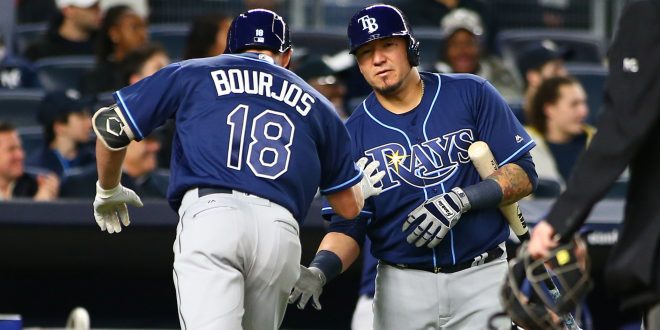 Rays and Marlins In a Four-Game Odyssey

This will be a Friday full of action in the Major League Baseball – 15 games in play. Both the Tampa Bay Rays and the Miami Marlins are going to spend the next few days playing in a four-game series. The Rays will face the Boston Red Sox in the first game of their series. While the Marlins will face the New York Mets in the second game of their series. Both games will start at 7:10 p.m., ET.

The Rays visit Fenway Park for the first time this season. After starting the season with a 5-2 record, they have stayed behind in the standings after being swept by the New York Yankees at Yankee Stadium. This will be a game of contrasts in terms of offenses.

The Red Sox are in fourth place in batting average (.267) and in on-base percentage (.340). Chris Archer will have a difficult task because not only the Red Sox are one of the best offensive teams in the majors, but also the Rays are struggling defensively. The Rays are in ninth place in runs allowed (45) and sixth place in home runs allowed (13). Archer is one of the best aces in the American League Division. He is a power pitcher capable of producing plenty of strikeouts and manage his work through a lot of innings.

Evan Longoria has been the franchise player for the Rays for so many years. It is necessary for the team to find him help in the offensive department. Players like Logan Morrison and Steven Souza Jr. are trying do their best to produce runs and fluid plays on offense. Both have produced 12 runs batted in combined and have a batting average of .323 and .306 respectively. The Red Sox look like the proper team for them to create some offense for their team. They are in 16th place in fielding percentage (

The Red Sox look like the proper team for them to create some offense for their team. They are in 16th place in fielding percentage (.982) and 17th place in defensive efficiency ratio (.695). It will be really helpful for them that Rick Porcello is the starter for this game. He is one of the aces of that majestic Red Sox’s pitching staff. Porcello allows his team to have a reliable strikeout machine on the mound. He had 189 strikeouts last season.

The red-hot Mets are on a roll in 2017. They have found the key to improve in what they have been lacking for the past two seasons: An efficient offense. Right now, the Mets are in first place in home runs scored (20), third place in runs batted in (51) and eighth place in OPS (On-base percentage plus slugging)(.753). Without mentioning that the Mets are also one of the best defensive teams in the majors.

They are in ninth place in ERA (3.60) and in 12th place in average of hits allowed (.234). Noah Syndergaard, the pitching sensation, is set to start in the second game of the series against the Marlins. It will be tough for Miami, like any other team in the majors, to stop Syndergaard from delivering his Mjölnir-like throws.

The Marlins witnessed what the Mets are capable of on offense after their 9-8 defeat in the first game of the series. Syndergaard will be a tough challenge to deal with. But the Marlins should feel confident about themselves on offense. They are in the top 10 on batting average (.263), runs batted in (47), on-base percentage (.332) and runs (47).

These numbers are mainly due to the fantastic season that Marcell Ozuna,  Dee Gordon, J.T. Realmuto and Christian Yelich are having. Especially Ozuna, who is currently the team leader in hits (14), home runs (4) and runs batted in (16). All of those players have scored 30 of the 47 runs scored by the Marlins this season.