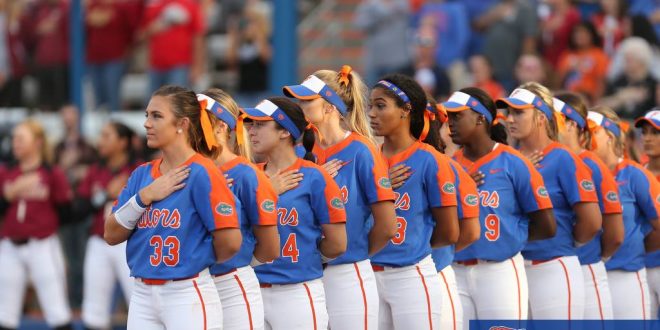 No.1 Florida Gators Softball team will be hosting the University of Central Florida on Wednesday.

The Gators jumped back to the No. 1 spot in both the USA Today/NFCA Coaches Poll as well as the ESPN.com/USA Softball after going 4-1 on the week, defeating Georgia, Florida State, and Kentucky.

The Gators hold an all-time record of 20-4 against the Knights who are 23-19 this season. Florida has won the last eight straight games by a combined score of 48-10.

First pitch for the game is set to begin at 6 p.m. and you can watch the game on SEC Network+.

The team will then host the Ole Miss Rebels on Friday to begin their next series.

Previous NBA Playoffs: Round One So Far
Next Myles Garrett Confident He Deserves to be First Overall Pick