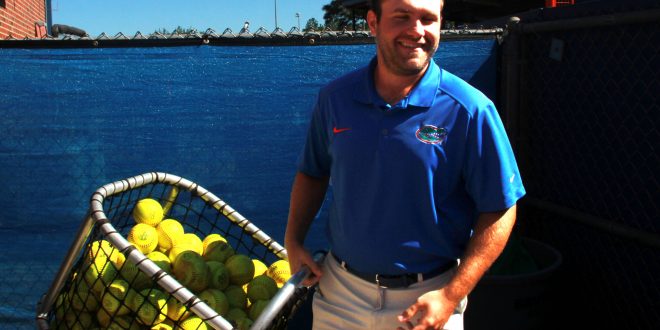 The University of Florida softball players and coaches get most of the credit for the team’s success and that’s easy to understand. The coaches strategize and devise the game plan while the players practice hard, develop their skills and play the game

Supporting all the hard work on the field and in the dugout, however, is a is a group of hard-working people behind the scenes. These are the student managers of the UF softball team. They are the ones who make sure the players and coaches have everything they need for successful practices and games. Recently, I had the opportunity to speak with the two softball team student managers.

Sean Berger is the head student manager for the team. He joined the team a year after they won back-to-back national championships. Some of Berger’s responsibilities as a student manager include cleaning up helmets, doing team laundry and preparing the player uniforms before the games. Eric Logan is the video manager for the softball team. He’s responsible for capturing video of the team and for video scouting. 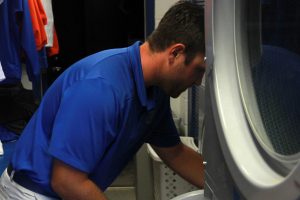 As team managers, Berger and Logan are responsible for making sure the softball lives of head coach Tim Walton and the players are uneventful and that the only things they have to worry about are practicing and playing. 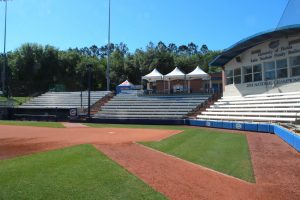 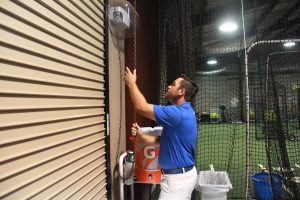 Berger opens up the door of the batting cage. Photo was taken by David Street

Student managers like Berger and Logan are essential to the team. Without them, head coach Tim Walton would have a lot more headaches. Student managers are like the team behind the team, as pointed out in this article about a University of Michigan student softball manager.

I sat down with Berger to learn more about what it means to be a softball manager. We discussed how the managers prepare for their jobs, how Berger became a manager, what his favorite memory is of being a student manager and what he’s going to miss most after his tenure with the team is over.

We also talked about Coach Walton, who was criticized when it looked like he shoved Auburn shortstop Haley Fagan in the handshake line after last month’s UF-Auburn game. Two of Fagan’s sisters, Kasey and Sami, both played for Walton at UF but were dismissed from the team in 2012. Walton eventually apologized for the incident.

Berger fiercely defended the coach, saying that it’s not fair to judge him based on one incident seen on television. He said that if people got to know Walton as well as he had, they would see a different side of him. Berger said he admires Walton for his softball smarts and dedication to the game.

Previous NBA Playoffs: The Chase to the Championship Continues
Next “GonzaloGol” Shows Off At The Principality